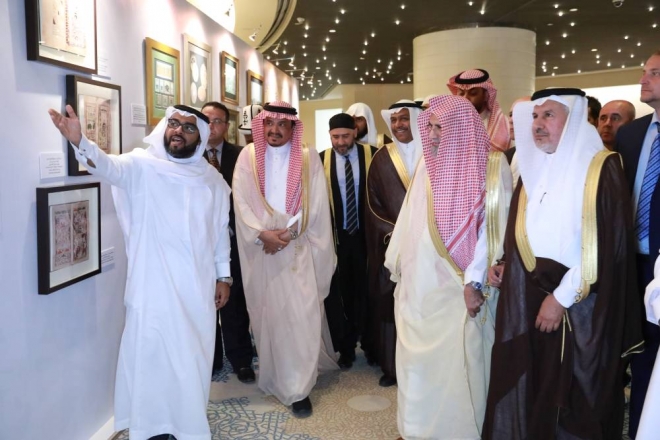 Opening the two-day gathering, Minister of Haj and Umrah Dr. Mohammed Saleh Bentin welcoming the participants, who include Islamic thinkers and scholars from the Kingdom and across the Islamic world. He said that the title of this year’s event, “Islam: Coexistence and Tolerance,” reflects the desire of the government of King Salman and Crown Prince Muhammad Bin Salman to promote a message of peace and harmony.

He highlighted the efforts made and services provided by his ministry to benefit Haj pilgrims throughout their stay in the Kingdom. Bentin said that the King is following with great interest the experiences of pilgrims, along with the ongoing development projects in Makkah, Madinah and other holy sites.

The minister noted that two million electronic visas were issued to pilgrims this year with no problems, and said the best is yet to come as improvements continue to the services and assistance offered to visitors. He added that the government is keen to do all it can to ensure the comfort and safety of pilgrims, so they can fully devote themselves to worship and complete their Haj rituals.

“Makkah is currently receiving a large number of pilgrims, equal to the city’s population,” Bentin said. “It is thanks to the excellent management and advanced organizational skills that we feel that they are part of the population of Makkah. More than 350,000 people came from all over the Kingdom to serve the pilgrims, and we in Saudi Arabia are proud to serve them.”

He added that with its scientific and Islamic science themes, the symposium provides a great service to Muslims, researchers and the wider world.

Dr. Abdullah Al-Rabeeah, advisor at the Royal Court and general supervisor of King Salman Humanitarian Aid and Relief Center, reviewed the humanitarian initiatives offered by the center to serve the world, which reflects the true meaning of coexistence and tolerance as an Islamic value that calls for peace.