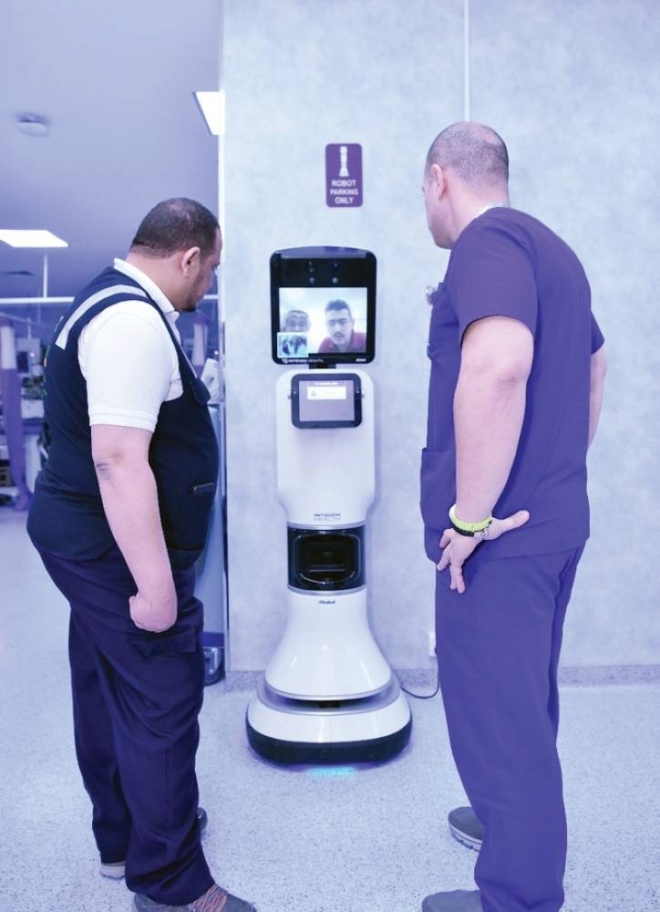 DUBAI — Saudi medical services during this year’s Haj season have gone digital. New robots can now connect specialized doctors from Riyadh and Jeddah with patients during their pilgrimage in Mina and Makkah.

The robots are connected to 4G technology and will allow specialized doctors such as oncologists and cardiologists to provide remote assistance to patients on site in one of the 16 major hospitals serving pilgrims in the sacred sites of Mina, Muzdaliffa, and Arafat.

“We have the ability to now consult any Ministry of Health consultant from all over the Kingdom to be immediately within the hospitals. He can roam within the hospitals, go to any department or any bed and give the consultation directly,” Dr. Ahmad Balkhair, the deputy minister for eHealth and digital transformation, said from Mina Emergency Hospital.

According to ministry of health officials, medical doctors from major hospitals in Riyadh and Jeddah have been trained on using the technology.

“We introduced this service because during Hajj, it is very difficult to move within the Mina area,” Dr. Balkhair said, adding that they will be able to move the robots among the sprawling vast tent city of Makkah and help pilgrims without having to move them away from their accommodation during the Haj.

Every Haj season, Saudi Arabia’s Ministry of Health implements the “Save a Life” program, which offers free health services including open-heart surgery, cardiac catheterization, and even childbirth.

Pilgrims benefit from free healthcare coverage during the Haj period in Saudi Arabia. A surgery such as an angiogram procedure which would usually cost around thousands of dollars is fully covered and insured.

By Thursday, the King Abdullah Medical City (KAMC) in Makkah had conducted more than 163 operations, including 160 cardiac catheterizations and three open cardiac operations for pilgrims, counting from the beginning of the Islamic month of Dhual-Qa’dah (July 4, 2019).

Authorities have allocated 30,908 staff members (including 8,685 women) from the Ministry of Health, Saudi Red Crescent Authority, and Saudi Food and Drug Authority to provide health services. There will be 1,141 medical, aid, and field teams providing services for pilgrims during the Haj period, according to the ministry. — Al Arabiya English


⇐ Previous:
First phase of transporting pilgrims to Mina complete
Next: ⇒
Pilgrims arrive in Mina at the start of their Haj rites