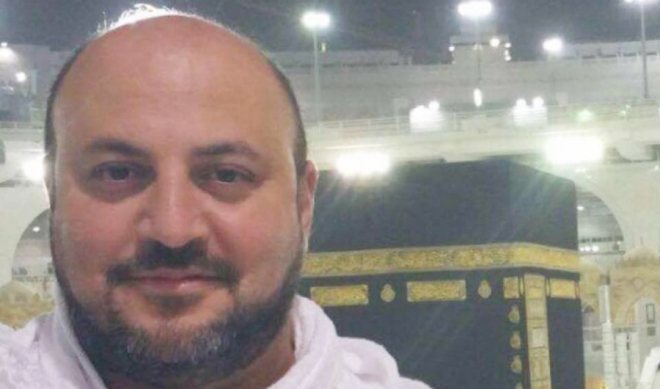 DETROIT: Thousands of Muslim Americans have paid at least $6,000 each to make the journey to Makkah in Saudi Arabia as part of the Islamic ritual of Hajj.

The Hajj, or pilgrimage to Makkah, is one of the five pillars of Islam and all Muslims are required to complete the journey during their lifetime.

Muslims in the US, including Arab Americans, are among millions worldwide who have arrived in the Kingdom for the pilgrimage, which ends on Aug. 14.

“We are welcoming the Hajj season,” said Sufian Nabhan, director of the Detroit Islamic Center. “Our hearts and souls will live the Abrahamic journey of sacrifice, struggle, worship and surrender to God’s commands.”

Many from Detroit’s Muslim community have traveled to Makkah.

At one time, exhaustion, robbery and disease were the main hazards facing Hajj pilgrims. Now financial cost is the major obstacle, with US worshippers paying at least $6,000 per person to make the journey.

Some countries, such as Malaysia, offer pilgrims grants or subsidize part of the cost. Meanwhile, those unable to meet the financial or physical challenges of Hajj can perform the smaller Islamic pilgrimage to Makkah called Umrah, which can be carried out year-round.

“Hajj is an invitation from God to visit His House and engage in one of the most illustrious acts of worship. But at the same time, it is a struggle where you have to be prepared financially, physically, mentally and spiritually,” said Zahra Idrees, a teacher at Al-Ikhlas training academy in Detroit.

“You will give up everyday comforts for a few short days as you purify the soul. Hajj is not something a person does many times — so make sure you receive the full reward for completing it. Do not risk an unaccepted Hajj,” he said.

Many celebrities have taken the Hajj journey.

Former heavyweight boxing champion Mike Tyson, who converted to Islam in 1992, took to Twitter to declare his faith, saying: “I just left the Holy City of Makkah where I was blessed to have been able to make Umrah. Inshallah (God willing), Allah will continue to bless me to stay on the straight path.”

350k+ tents in Mina and Arafat, which are fully furnished and air-conditioned.

Brothers Hussain and Hamza Abdullah, both NFL players, took a career hiatus to complete the pilgrimage, sitting out the 2012–2013 football season and missing out on lucrative pay checks. Hussain has played for the Kansas City Chiefs and the Minnesota Vikings, while his brother has played for the Tampa Bay Buccaneers, Denver Broncos, Cleveland Browns and Arizona Cardinals.

The brothers said that they “wanted to show that Islam is a religion of peace and has nothing to do with the extremist terrorists seen on the news.”

“You know, we’re playing football, America’s No. 1 game. We went on a road trip. What’s more American than a road trip?” said Hussain.

Imam Dr. Shadi Zaza, founder and CEO of Rahma Worldwide Relief and president of the Islamic University of Minnesota’s Detroit chamber, said he gains personal satisfaction from helping other Muslims to complete Hajj.

“It is an interesting job to be an imam taking groups from the US to perform Hajj. People from different ethnicities come together to worship one God, with everyone praying in his own language.

“The most beautiful part is when we come close to Kaaba for the first time. Everybody sheds tears thanking Allah for witnessing this moment. The other moving scene is that of the estimated 3 to 4 million people coming together to stand on Mount Arafat. It’s a similar picture to Judgment Day.”