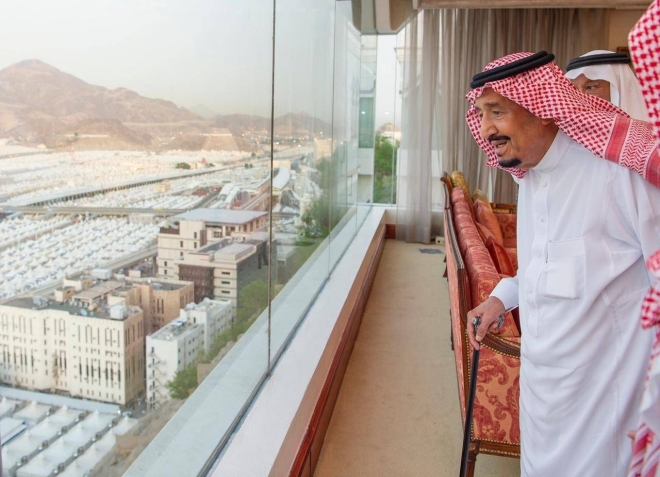 MINA — The Custodian of the two holy mosques King Salman Bin Abdulaziz arrived in Mina, in the holy city of Makkah on Saturday, to supervise the services provided during the Haj pilgrimage.

As Custodian of the Two Holy Mosques, King Salman is there to oversee the comfort of the pilgrims and "ensure the services provided by the relevant government and private sector bodies meet the needs of the pilgrims and allow them to complete their Haj rituals with ease, tranquility and safety," according to Saudi Press Agency.

Almost 2.5 million Muslims from all over the world are participating in Haj, one of the largest annual global gatherings.

On Saturday, pilgrims ascended Mount Arafat, the most important aspect of the Haj rituals.

Muslims on Sunday will observe the first day of Eid Al-Adha, or Feast of Sacrifice, which marks the end of the Haj.


⇐ Previous:
More than 327 million meals and bottles of water distributed among pilgrims
Next: ⇒
Meet the parents taking their children to Hajj