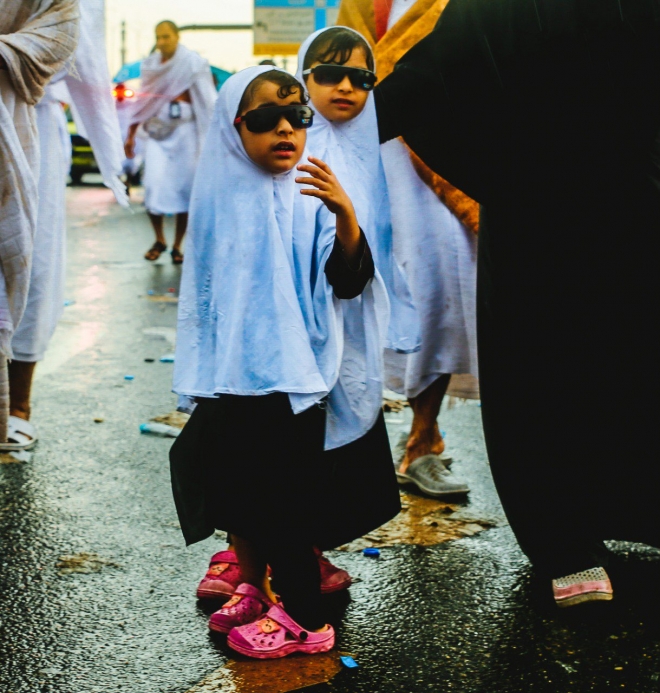 ARAFAT, SAUDI ARABIA: Pilgrims who take their children to the holy sites mainly do so for two reasons: No one can look after them and the educational value.

Ayman Dafaalah, a Sudanese worshipper, is bringing his two young children along with his wife. He Arab News that brought his children because there were no relatives back home to take care of them.

“We had no other choice. So, we decided to take them with us. Otherwise, we could not perform the rituals,” Dafaalah said.

He said that he and his wife are teaching their children the steps of Hajj.

“They have accompanied us on Umrah before, but this is their first time on Hajj. It is really hard to bring children, but it is sometimes even harder to leave them alone or with a relative,” he added.

Dafaalah said that they made sure that the elder son had learned his mobile number by heart. He said that he is always carrying his the younger son.

“Even if he got lost, I am sure that we could find him with the help of the security people who are everywhere here in Arafat,” he added.

Like Dafaalah, Egyptian pilgrim Rajab Ahmed Abdul-Ghani and his wife brought their 3-year-old son because they would have been worried if they left him behind.

“We cannot leave a child at this age, no matter how great the caretaker is. The child would emotionally suffer from our absence,” Abdul-Ghani said.

Iraqi pilgrim Muslim Rifaat Al-Jibari, who is bringing his 8-year-old daughter, said that the whole family are coming for Hajj so he could not leave her behind.

“We do have relatives but we thought it would be a good chance to take her with us, and teach her about the rituals. She will always remember this experience.”

Lina Abu Zinada, a supervisor at the Lost Children center, told Arab News that they had only one missing girl. They are trying their best to reunite her with her family.

“We only have only lost child here in Arafat. She is from Chad and was brought to us in Mina on Friday at 8 p.m. Since then, we have received no enquiry about her,” she said.