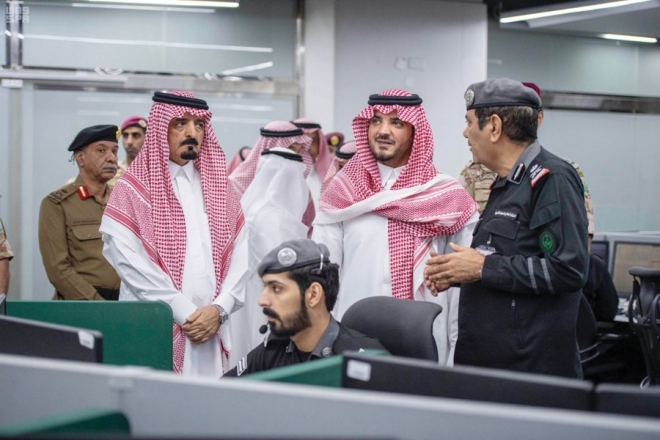 He reviewed the services provided by the center to pilgrims, and stressed the importance of contributing to their security, safety and comfort in line with the aspirations of King Salman and Crown Prince Mohammed bin Salman.

He listened to a briefing from center officials, who explained how issues raised by pilgrims were addressed. They also told him how the center followed up on these reports and evaluated the results of the response.

The minister heard a briefing on the thermal mapping system from

Maj. Gen. Abdurrahman bin Mohammed Al-Saleh, who is head of the National Center for Security Operations at the ministry.

The prince thanked the center’s employees, expressing his appreciation for their efforts in serving pilgrims


⇐ Previous:
Pilgrim reconnects spiritually with loved one as she performs Hajj
Next: ⇒
Pilgrims gather on Mount Arafat at the climax of their Haj