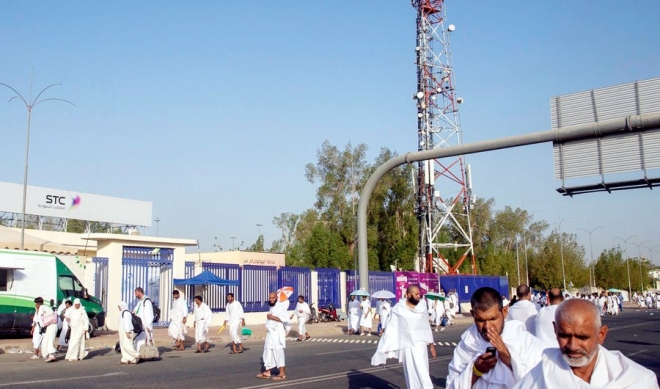 STC reported a 75 percent increase in data consumption in Muzdalifah this year, with data transmitted over 4G up by 92 percent. An increase in the number of local and international customers choosing STC by 12 percent and 23 percent, respectively, has been reported.

For the first time at the holy sites, the telecom operator allowed pilgrims to use the 5G network in several locations, reflecting the technical advancement of the Kingdom’s digital infrastructure, in line with Vision 2030’s digital transformation goals.

The company also enabled 2,952 access points for Wi-Fi networks distributed in the holy places. STC said it had completed all technical and field preparations to facilitate traffic in Mina. It focused on raising the capacity of the network during the pilgrimage season this year, working to ensure that all outgoing calls from the Kingdom to countries across the world are processed smoothly.

Meanwhile, the number of pilgrims who were served by STC’s critical communication technology, which was used by the General Syndicate of Cars of the Ministry of Hajj and Umrah on the day of “Tarwiyah” at Mina, amounted to more than 1 million in six hours.

Using 2,000 transport lines on which the pilgrims boarded 10,000 buses, the union was able to serve pilgrims through a Tetra critical communication network.

The network, whose capacity was increased during the Hajj season by 31 percent, can accommodate huge working groups, in addition to its high security and high encryption level for calls, and its 99.99 percent dynamic operation in emergencies. Ordinary communication networks are not able to handle call traffic in the case of emergency, especially in crowded locations, such as the holy places, where more than 2 million communication users meet in one place.

STC constructed, developed and expanded several sites at the holy places. It established other networks in vital areas of the Kingdom, such as at airports, ports and the industrial zones. It constructed 210 towers, with a plan to cover all major cities and vital regions in the country.