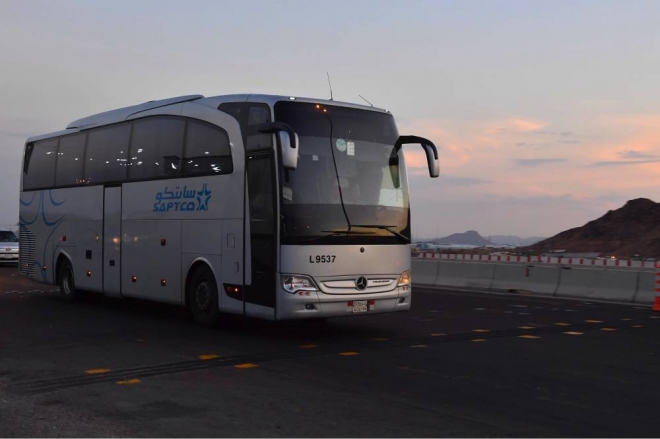 MADINAH — Pilgrims began arriving in Madinah early Wednesday to pay homage to Prophet Muhammad (peace be upon him) and pray in his mosque after completing their Haj rites in Makkah and the holy sites.

Jordanians were the first of the 800,000 pilgrims to arrive in the Prophet's city and will be the first to leave.

The city has all geared up to receive the visiting pilgrims and provide them with consummate services that will make their stay an event to remember.

More than 800,000 pilgrims have visited Madinah before Haj then proceeded to Makkah and the holy sites for their pilgrimage.

Emir of Madinah Prince Faisal Bin Salman is personally following up the arrival of the pilgrims and has issued clear-cut instructions to provide them with excellent services and facilities until their departure.

The security forces and the traffic police have set up checkpoints on the major roads to direct the buses to the terminal of the land pilgrims on the Jamiaat (universities) road.

The Presidency of the Affairs of the Two Holy Mosques has employed more than 5,000 qualified men and women to monitor the movement of pilgrims inside the Prophet's Mosque and in the central area surrounding it.

It has also deployed more than 1,200 women guides to take care of the female visitors and guide them inside the mosque which has about 100 doors, 12 electric escalators and 24 staircases.

The mosque has been furnished with more than 1,600 carpets and supplied with enough quantities of cool Zamzam water of which 300 tons are brought every day from Makkah.