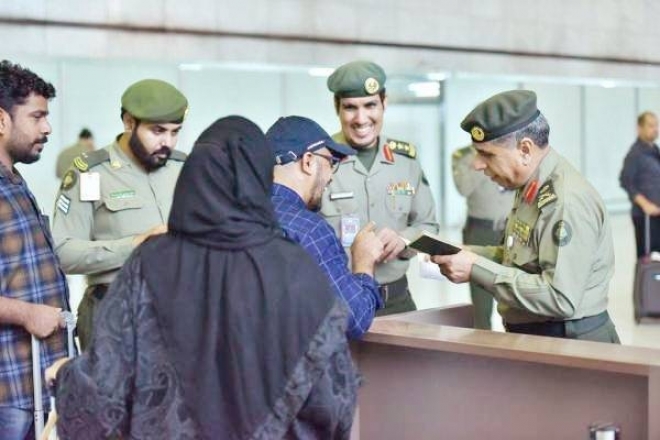 JEDDAH — There will be 60 domestic Haj flights from King Abdulaziz International Airport (KAIA) in Jeddah today and 58 on Friday for GCC pilgrims while flights returning pilgrims to their homes will continue for a month until Sept. 15 when the pilgrimage will officially be declared over.

The General Authority for Civil Aviation (GACA) has completed all arrangements to receive the departing pilgrims at KAIA and Prince Muhammad Bin Abdul Aziz International Airport in Madinah.

The authority has finalized an integrated plan for the departure phase.

It expects more than 950,000 pilgrims to depart from KAIA of whom about 300,000 will depart during the first week.

GACA has set up 114 platforms for the completion of departure procedures at the Haj Terminal, 208 passport desks, 18 exit gates, 10 luggage belts with a total length of 1,180 meters, a car park accommodating more than 100 buses and airfields accommodating about 26 aircraft simultaneously.

The authority has established three departure lounges for departing pilgrims at Muhammad Bin Abdul Aziz International Airport in Madinah. About 3,000 flights will take off from Madinah starting today (Thursday).

GACA has set up 104 platforms at the airport to complete travel procedures in addition to 60 passport desks, 24 exit gates and a car park for about 250 buses.

It has prepared an outside area to receive pilgrims' luggage long before departure time and has dedicated areas for pilgrims to rest before they board their aircraft.