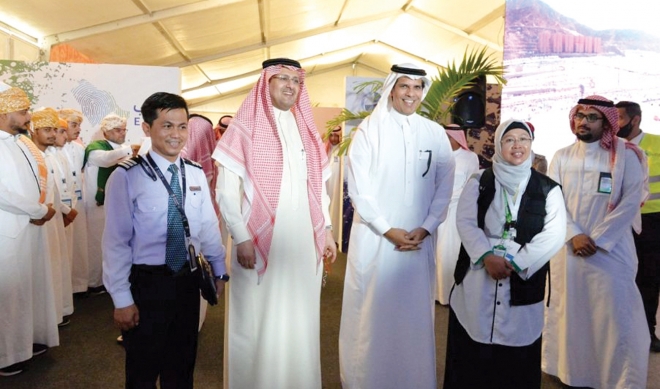 Saudi Minister of Transport and Chairman of the General Authority of Civil Aviation (GACA), Dr. Nabeel Al-Amoudi, oversaw the departure of the first

group of pilgrims under the Eyab initiative on Saturday together with GACA President Abdulhadi bin Ahmed Al-Mansouri.

Eyab seeks to improve services provided to pilgrims, with the authority aiming to enrich pilgrims’ experience at the Kingdom’s airports. It is expected to benefit 30,000 pilgrims during this year’s Hajj season.

Al-Amoudi toured the exhibition dedicated to welcome Eyab’s beneficiaries, inspected the services available and received a briefing from the initiative’s officials.