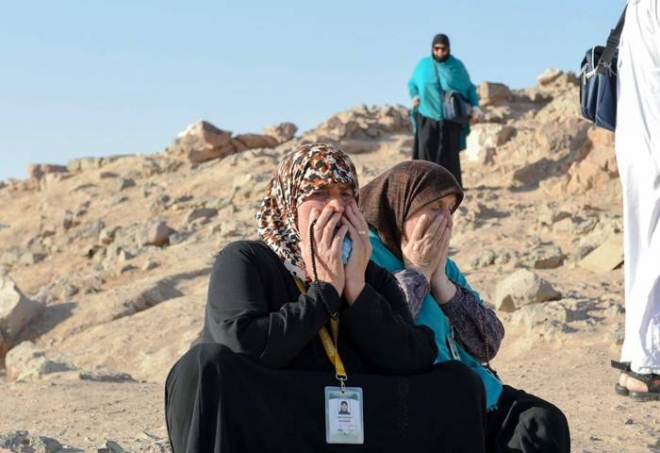 Pilgrims pray at the Rumah Mountain. The mountain is popular with visitors to Madinah. It is located near Mount Uhud, whose name is connected to the historic Battle of Uhud in the third Hijri year. Historical sources say the army of the Quraish tribe and its allies went to Madinah to kill Muslims and avenge those who died in the Battle of Badr, which took place in the second Hijri year. Muslims confronted them, with Prophet Muhammad (peace be upon him) deploying archers on Rumah Mountain. He ordered the archers not to leave their posts unless he told them to. When the attackers began to flee, the archers thought the battle was over and they had won. They came down the mountain, disregarding the orders from the Prophet (pbuh). The commander of the attackers, Khalid Bin Al-Walid, who had not yet converted to Islam, surprised the descending archers, killed them, then attacked the other Muslims. More than 70 companions of the Prophet (pbuh) were martyred, including his uncle Hamzah Bin Abdul-Muttalib. They were buried at the battle site at the base of Rumat Mountain. — SPA