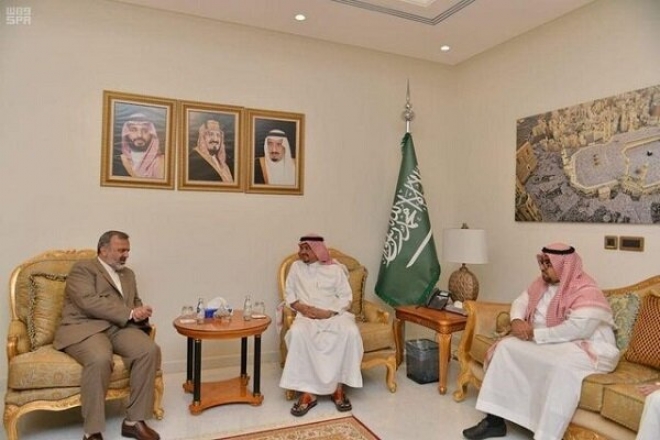 The head of Iran’s Hajj and Pilgrimage Organization Alireza Rashidian and his accompanying Iranian delegation held their second meeting with the Saudi Minister of Hajj Muhammad Saleh bin Taher Benten this month on Wednesday, during which the Iranian delegation outlined three conditions for resuming Umrah Hajj for Iranian pilgrims to Saudi Arabia.

The three conditions that Iran called on Saudi Arabia to meet included: opening an independent consulate; pursuit of issues through an Iranian Interest Section in a foreign embassy in Riyadh; and finally sending a consular delegation during Hajj rituals from Iran to Saudi like what Iran did during this year’s Hajj.

Rashidian further explained to Benten that the Iranian consular delegation can accompany the Iranian pilgrims during Umrah Hajj rituals in Saudi Arabia. He called on the Saudi side to coordinate efforts between the two countries’ foreign ministries.

The Iranian official further urged the Saudi authorities to intensify their legal efforts and fulfill their previous promises regarding the cases of the Iranian victims who lost their lives in Mina and Masjid al-Haram catastrophes in 2015.

He further expressed his appreciation to Saudi Arabia for proper holding and hosting Hajj rituals this year and rendering medical and other services to Iranian pilgrims.

The Saudi Hajj minister, for his part, said "We are fully prepared to launch the Umrah pilgrimage and we can implement it as soon as possible," while expressing his appreciation to the praises by the Iranian delegation.

Benten added that the two countries' foreign ministries need to reach the necessary agreements to solve the existing problems.

He further said that the Saudi side is ready to issue as many as 10 million visas for Umrah pilgrims per year.

The Saudi minister also agreed with the Iranian side’s suggestion to deploy a consular delegation during Umrah Hajj rituals.

At least 464 Iranians lost their lives in Mina stampede during Hajj in 2015, which claimed as many as 2,400 lives.