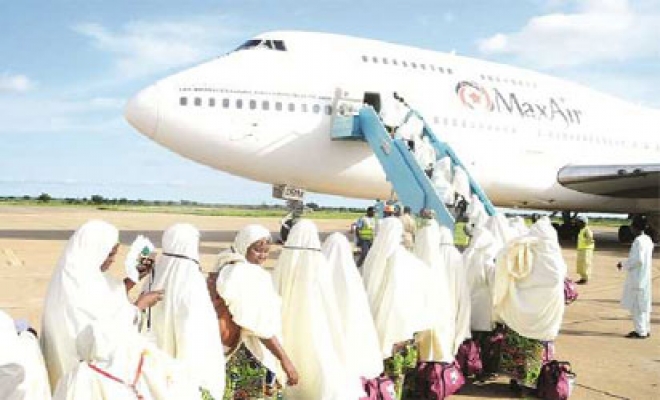 The National Hajj Commission of Nigeria, NAHCON, is a government agency like many others. It is responsible for organizing, coordinating and regulating Hajj operations and recognized by Saudi Arabia as the Nigerian Hajj mission. It has a public service structure answerable to the presidency and liaises with any other agency, parastatal of government on matters of interest on Hajj, particularly that which concerns Saudi Arabia and the Nigerian pilgrim. However, there are other engagements that NAHCON is doing differently contributory to the economic and social growth of the country and individuals as well.

NAHCON recognizes that the need for social reforms in Nigeria is undeniable. Agencies and individuals with a sense of responsibility do introduce programs that accentuate social reorientation with the hope that their outcome will compliment government’s efforts. Such initiatives are borne out of concern to promote values that may help in the country’s governance so that an informed citizenry may collectively engineer societal growth.

Some of the readily identifiable areas where social crusades are needed in the country cover the academic field, behavioural reorientation and economic/wealth generation spaces. NAHCON recognizes the progress that may be realised through building optimistic mind-sets that may propel individual senses of commitment towards identifying with a positive direction of the country. It is towards this drive that NAHCON rolled out certain reward schemes that may attract more people to emulate and strive for such rewards.

Secondly, NAHCON organized an online quiz competition for persons below 40 years and who have never participated in Hajj before. This competition was organised to whet interest in research and to promote reading habit. Uthman Zubairu Adai, emerged winner among 354 online competitors. He was rewarded with a 2019 Hajj slot.

All the above sponsorships were facilitated in collaboration with NAHCON’s development partners, a relationship established and cemented through the initiative of NAHCON’s Chairman, Barrister Abdullahi Mukhtar Muhammad. NAHCON has been discussing various areas of partnership with them that extends beyond Hajj sponsorship alone. Part of this plan is a program of academic scholarship scheme to support brilliant and hardworking but under-privileged Muslims. It is an initiative that will aid spirited young minds undergo training and help shape them well for their chosen carriers. It is hoped that these and more competitive ventures will serve as channels through which deserving young minds will be identified and whom NAHCON and its partners may help groom to address social malfunctions being witnessed in different strata of the society.

Aircraftman; now Corporal, Bashir Umar’s honesty in returning £37,000 to its owner after finding it in Aminu Kano International Airport brought fame to himself and family. It made his official domain, the Nigerian Air force proud. It was a move that earned him and his family honour amongst the Nigerian community that identifies with morality. NAHCON, as one of the institutions supportive of social reforms, recognized Corporal Bashir as someone more than qualified to serve in the Commission’s security team to 2019 Hajj. He was duly engaged as such to encourage more of this exemplary character among generality of Nigerians.

The reward for Umar’s good conduct did not end with him. His father was also a beneficiary of his son’s integrity through the Chief of Air Staff (CAS), Air Marshal S. B Abubakar.  The CAS believed Umar’s father deserves to be honoured for nurturing his son’s morality. It was his believe that parents should mould their children’s character properly for the betterment of the society. Therefore, he personally sponsored Alhaji Umar, Bashir’s proud father, to Hajj 2019 as a mark of respect. The two members were glorified by this singular act of honesty.

The same recognition went to Jos cleric, Imam Abdullah Abubakar who, along with his Deputy Imam, rescued close to 300 Christians from being massacred in one of the Jos, Plateau state crisis. After United States of America honoured him with International Religious Freedom Award in Washington D. C in July of 2019, Nigeria’s leader, President Muhammadu Buhari instructed the Commission to include him among the National Ulama Team members that will preach to and guide Nigerian pilgrims in Saudi Arabia for 2019 Hajj. It is needless to state that Imam Abubakar’s empathy, courage in the face of misguidance, bravery in the face of mob extremism, steadfastness on the path of truth are some of the virtues badly needed amongst countrymen today. These are qualities that may hopefully cement socio-cultural and religious harmony for Nigerians to enjoy peace wherever they reside.

In the spirit of brotherhood and religious harmony, a pharmaceutical company, TradoMed under its Managing Director and Chief Executive Officer, Charles I. Ihenacho displayed a similar cross-religious and cultural gesture. This happened shortly before conclusion of outbound airlift to Saudi Arabia. The company donated 650 packets of anti-malarial herbal drugs for dispensing to Nigerian pilgrims in Saudi Arabia to reduce NAHCON’s medical burden and to save lives. The M. D/CEO appreciated the fact that it is his fellow Nigerians that are traveling for Hajj and not just Muslims. He therefore made this contribution with respect to citizenship not religiosity. This, the NAHCON Chairman valued and promised to keep promoting in the interest of the country’s harmonious development.

NAHCON under the stewardship of its current Chairman has been craving for economic buoyancy and looking at supporting Hajj industry beyond Hajj operations. Its plans to build hotel-like accommodations across Hajj departure centres in the country, clinics and event halls in certain areas are testimonies to its long-term economic development plan for the Hajj industry in Nigeria and Nigerian economy largely. Pilgrims will enjoy resting in the comfort of their Hajj camp hotel rooms as they await their flight to be announced. And after Hajj, these facilities will serve as income generation avenues through which taxes will be remitted to government while reducing the Commission’s dependency on government for support. In addition, the facilities will open up employment spaces to all eligible Nigerians irrespective of creed.

NAHCON has silently been expanding its content beyond Hajj in terms of operations and enterprise, not just for gains of Nigerian Muslims. Its gains have impacted on the Nigerian economy whether by way of tax remittance or licencing and other permit charges. At the same time, its gains are steadily reaching Nigerians individually in its social responsibility outreach programs.  And it is a momentum the NAHCON’s leadership is keen to sustain.