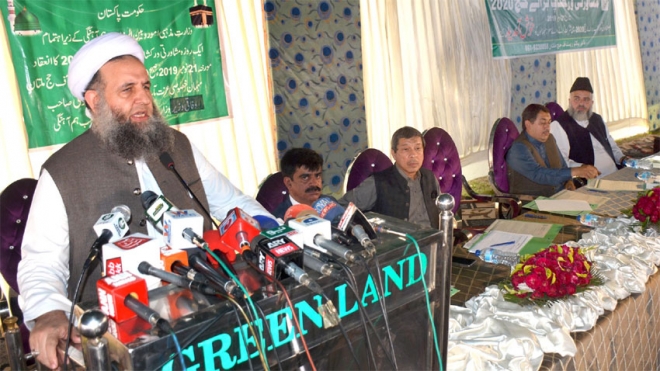 He was addressing a consultative workshop for Hajj policy 2020 in Multan on Thursday.

Peer Noor Ul Haq Qadri said the government is also working to resolve the issue pertaining to food and accommodations of Hujjaj.

He added that Hajj operators presented their proposals and recommendation to make Hajj more facilitating in 2020 hajj operation, and the government would present these proposals to Saudi government during the next meeting.

The Minister advised the participants to avoid unnecessary things at holly Mosques in Makkah and Medina as well as other holly places on that sacred land, and concentrate only on performing the Hajj rituals to get blessing of Allah almighty.

Later, talking to media men at Multan the minister said that minorities are being provided facilities and rights given in the constitution. He said that provision of subsidy on Hajj has been closed and it is not under consideration in the coming Hajj Policy.

To a question about increasing Hajj Quota for Pakistan from Saudi Arabia, the minister said that we are availing our quota according to ratio of our population.

The minister also gave souvenirs to the Hajj group leaders and trainers and others who performed well during the last Hajj operation.