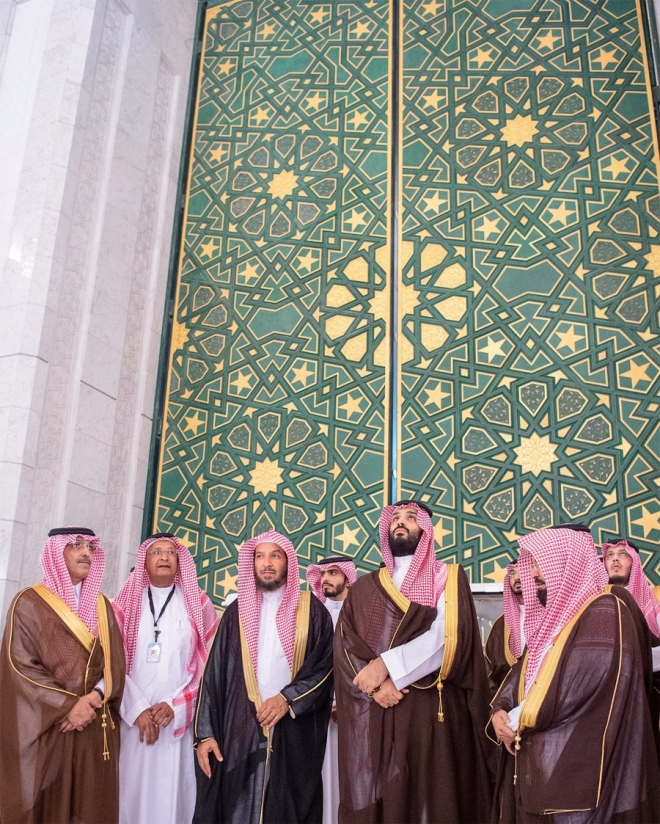 JEDDAH: Today, Saudi Arabia’s leadership is working to reverse the years of social regression triggered in part by the November 1979 siege of the Grand Mosque in Makkah.

Speaking at the Future Investment Initiative conference in 2017 in Riyadh, Crown Prince Mohammed bin Salman said: “We are returning to what we were before — a country of moderate Islam that is open to all religions and to the world.”

And in an interview conducted last year, Crown Prince Mohammed bin Salman said that before the Iranian Revolution and the siege of Makkah rocked the Muslim world, “we were just normal people developing like any other country in the world until the events of 1979.”

If there is a specific date that will live in infamy, it is Nov. 20. On that day, Royal Saudi Air Force helicopter pilot Col. Mahdi Al-Zwawi was in Riyadh when he was recalled to his base in Taif, about 90 km from Makkah.

Murder and mayhem had erupted just hours earlier in the heart of Islam perpetrated by a reactionary sect led by Juhayman Al-Otaibi, determined to overthrow the Saudi government and convinced that one of their number, Mohammed Al-Qahtani, was the Mahdi, whose appearance, according to the hadiths, heralds the Day of Judgment.

The authorities, scrambling for intelligence so that they could put together a response, ordered his helicopter unit to fly constant reconnaissance flights during daylight hours over the mosque.

Flying at about 300 meters over the mosque for the first time, Al-Zwawi was struck by the unprecedented absence of worshippers in the great courtyard. Later on, flying lower, “we saw people in the minarets trying to shoot at us.”

At 3:30 a.m. on Nov. 22, Saudi artillery began targeting the mosque, not with high explosives but with “flash-bang” shells designed to disorient the militants. Under cover of this bombardment, troops were able to reach the eastern side of the Safa-Marwa gallery.

They were hoping to breach the Al-Salam Gate, halfway along the gallery, but were beaten back with the loss of several lives.

By the end of Nov. 23, the text of a fatwa sought by King Khaled was finally agreed by the ulema. Now the Kingdom’s hands were untied and the full force of Brig. Gen. Faleh Al-Dhahri’s armored brigade could be unleashed.

First, to comply with the fatwa, a call to surrender was broadcast over loudspeakers. When it was ignored, rockets were fired at the minarets, neutralizing the snipers, and artillery blasted an opening in the side of the Safa-Marwa gallery. M113 armored personnel carriers rumbled in through the opening and through the already-destroyed Marwa Gate.

It was not until midday Nov. 24, after hours of desperate fighting and many losses among the troops, that the gallery was finally cleared — but the battle for the mosque was far from over.

Driven from the upper levels, Juhayman and the surviving insurgents, along with some hostages and prisoners they had captured, had retreated into the Qaboo, the warren of more than 225 interconnected chambers under the mosque.

On Dec. 2, three advisers from France’s elite GIGN flew into Taif, bringing with them supplies of a chemical. CB, for short, was a gas designed to seriously restrict breathing, and which was fatal if breathed in for too long. The French agents trained members of the Saudi General Intelligence Directorate in how to use it, equipping them with gas masks and chemical suits.

On Dec. 3, holes were drilled in the floor of the mosque and canisters of CB, attached to explosive charges, were dropped into the basement maze. The tactic was only partially effective and it took more than 18 hours of bitter, bloody fighting before the final stronghold was breached on Dec. 4.

In a room about two meters square were found cowering 20 thoroughly defeated militants, exhausted, hungry and covered with the grime of battle. Al-Qahtani, the self-declared Mahdi, was presumed killed on the third day or fourth day of the fighting.

The troops found the last of the surviving insurgents huddled together, surrounded by the dates, water and labneh they had smuggled into the mosque along with their weapons. Among them was Juhayman.

On the evening of Dec. 5, King Khaled addressed the nation, thanking God for His support in crushing the “seditious act of sacrilege.” The next day he led joyful worshippers into the courtyard of the mosque.

The death toll included 127 members of the forces. Another 451 of their colleagues had been wounded.

Inevitably, although large numbers of hostages had been either released, escaped or were freed by the security forces, some had been caught in the crossfire. The final official toll was 26 dead, including Saudi nationals and pilgrims from Pakistan, Indonesia, India, Egypt and Burma. More than 100 were wounded.

Of the 260 attackers, 117 were dead — 90 died where they fought and 27 others later succumbed to their wounds in hospital. Justice for the captured militants was swift. On Jan. 9, 1980, the Saudi Interior Ministry announced that 63 captives had been executed in eight different cities. Juhayman himself met his end in Makkah that day.

The price paid for the liberation of the mosque was a high one — both in number of lives lost and in the dramatic reversal of modernization to which it led, blighting Saudi society for generations to come.

Khaled Almaeena, former editor in chief of Arab News, has no doubt that it changed the climate in Saudi Arabia. Juhayman, he said, “lost the battle but won the war.”

Recalling that Jeddah was a “laid-back city,” he said: “I used to go to movies with my mother. Women were not told to cover up. In those days you had Saudi singers, women also, and then you had Saudi TV and radio shows, (with) women and men, and things were going on well.”

After the siege, all that changed. “They stopped women from appearing on TV — my wife used to read the news on TV. You could not even get (the famous Lebanese singers) Fairouz or Samira Tewfik to come on TV, and this was a big shock for a country that was used to music.”

Worse was to come. “We should be very frank,” said Almaeena. “The religious police started harassing people, started coming and interfering in our lives, asking questions. It was like the Spanish Inquisition ... a shadow fell over the country.”

In an interview with Arab News, Mansour Alnogaidan, a writer of Saudi descent who was drawn to Salafi groups in his youth, said: “After 1980, something was broken. What happened? In my opinion, Saudi Arabia lacked the political minds that could support the leadership and explain that the Kingdom could remain as it was: A conservative country that was proud at once to serve the Two Holy Mosques and be open to the world.”

For his part, Prince Turki Al-Faisal, the then head of the General Intelligence Directorate, said that lessons were certainly learnt by the Saudi state. “The first lesson is that you must be wary of any ideas and attempts to change the basic beliefs and tenets of Muslim practice,” he said.

The second lesson is “that we must be wary of any attempts to use Islam as a tool for any political activity.”

It has taken decades for Saudi Arabia to recover its tolerance and respect for personal freedom. Now, as the Kingdom moves rapidly back to the future, for all of its citizens the sky is the limit.


⇐ Previous:
Govt to improve facilities in coming hajj operation
Next: ⇒
How the 1979 siege of Makkah unfolded