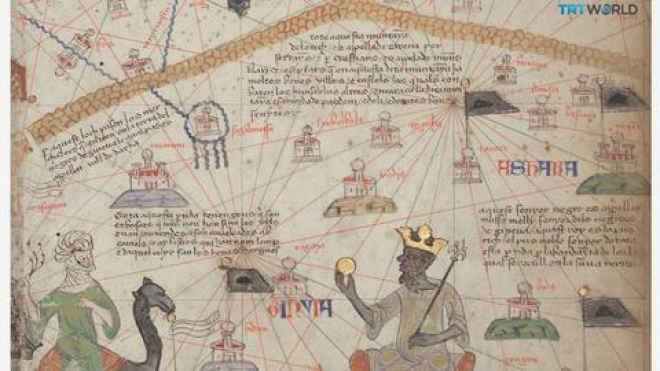 Ask anyone who the world’s all-time richest person is and you’ll probably hear Bezos, Mark Zuckerberg, Gates or Warren Buffett - but that is of course, wrong.

His name was Mansa Musa and he was an African Muslim king, whose 4,000-mile trip to Mecca accompanied by a caravan of 60,000 people and thousands of servants, went down in history.

Musa was born in 1280, and Mansa means ‘Sultan’ in the native language of Mandinka spoken in the region. He came to the throne in 1312 and in his 25-year reign, the Kingdom of Mali expanded massively to include the current day nations of Senegal, Mali, Burkina Faso, Niger, Guinea and the Ivory Coast.

Some historians believe that with an inflation-adjusted fortune, his wealth amounts to around $400 billion today. But, he was not just a rich man and sultan.

Several famous historians, such as Ibn Khaldun, Ibn Fazlullah al Omari, Abdullah es Sa’di, have documented Musa. Ibn Battuta also wrote about him when he visited Mali in 1352. All these historians give prominence to Mansa Musa and his famous Hajj pilgrimage.

The pilgrimage to Mecca (also known as Hajj) is one of the five main pillars of Islam, and Musa decided to embark on Hajj in 1324-1325. But, It was not like any other journey ever witnessed. Musa quite literally paved his path to Mecca with gold and put his kingdom on the map.

Musa deputised his son Mohammad in his capital, Niani, which was located on the upper Niger River to Walata (Mauritania), and started his journey to Mecca accompanied by 60,000 people and thousands of his and his wife’s (Inari Kunti) personal servants. His luggage included thousands of kilogrammes of gold (some sources claim two tonnes, while other sources say 20 tonnes) carried by camels, mules and elephants. His caravan stretched as far as the eye could see and it was claimed that it took a whole day for the caravan to pass.

Musa was famous for his generosity and piety. He built a mosque every Friday during his journed and gave away so much gold that it destabilised the economy in parts of the region for twelve years - as well as deflating the value of gold.

During his travels, Musa met with Al Malik al Nasir in Cairo, one of the most famous Mamluk sultans. When he came into the presence of Al Malik, he was asked to bend his knee as a part of the protocol but he refused, saying that he would only grovel and bend the knee for Allah (God).

Musa added that he was there just for Hajj and he didn’t want to talk about politics. Then, he donated a large amount of gold to the Mamluk treasury. The Sultan of Mamluk replied in kind by giving him a palace to stay.

During Musa’s stay, the members of his caravan boosted the local market by shopping in huge amounts, paying at least five dinar for something worth one dinar. In fact, Musa and his caravan’s spending caused such a decline in the currency’s value, that the market had still not fully recovered 12 years later.

Historian al Umari who visited Cairo 12 years after Musa’s visit, found the inhabitants of this city, with a population estimated at one million, still chanting the praises of the Malian leader. The historian said Musa “flooded Cairo with his kindness”.

Venetian traders who were in Cairo at the time reported that the Malian Kingdom had become one of the most important places in terms of trade.

Musa made his pilgrimage to Mecca, and donated huge amounts of gold in Mecca and Madinah. He encountered descendants of the Prophet Muhammad and gave them lands and houses and even persuaded a few of them to return to Mali with him.

Some say he brought back artists and scholars, to help develop the Mali Empire.

He stayed in the Hejaz, in present-day Saudi Arabia, for three months, and during his return, his caravan was raided by bedouins. When he arrived in Cairo, he met with Mamluk’s sultan again and asked to borrow money from Egyptian traders.

Returning to Timbuktu, he built the Djinguereber Mosque and established a university attracting students and scholars from across the Muslim world, making Mali a centre of knowledge in Africa.

Musa tried to revive scientific movements in his country and sent scholars to Morocco.

He wanted to return to Mecca after abdicating the throne to his son Mega, but he passed away without returning. After his death, the Kingdom of Mali started to decline.

His portrait, drawn by Angeline Dulcert in 1339, two years after his death, could be seen on a map which also showed Mali. European cartographers increasingly started putting Mali on maps because of the fame Musa brought to the kingdom.

He took a place in Abraham Cresques’ Catalan Atlas, standing in the centre of the Sahara with his crown, sceptre in one hand and gold in the other, a symbol of his country’s wealth.

In the Atlas, he was mentioned as the richest black man and Sultan of the Mali who owned the wealthiest gold sources in the Sudan region. The Catalan Atlas also marks the region'strade routes pointing out Tagaza, Timbuktu, Mali and Gaor, which attracted all of Europe’s attention and consolidated their desire to explore the region and colonise the continent.

His pilgrimage, generosity and reputation awakened the world to the immense wealth of Africa, and in particular, Mali.