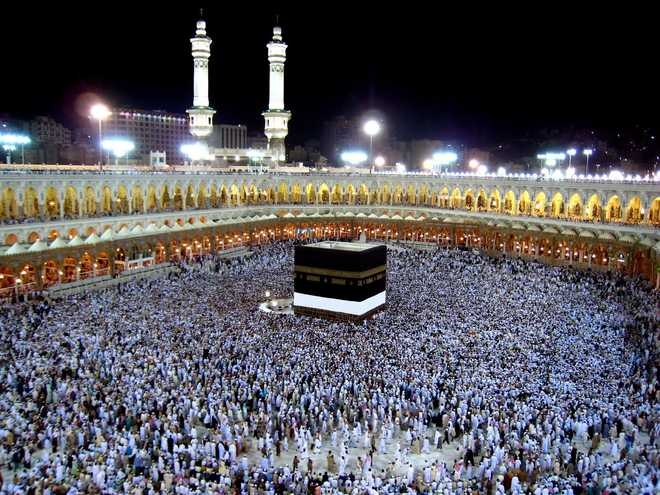 Srinagar: After the abrogation of Article 370 on August 5, and splitting of the state into two Union Territories, life is still far from normal in Kashmir.

The current situation and the ongoing internet blackout has affected almost everyone especially businesses’ like tour operators.

There are 9 Hajj and Umrah tour operators registered in Jammu and Kashmir under the Ministry of Minority Affairs, Government of India and 1 in Ladakh.

In Kashmir, Umrah season starts from October and lasts all the way up to June. According to previous year’s statistics, on an average 15,000 Kashmiri would visit Saudi Arabia for Umrah pilgrimage from Jammu and Kashmir.

However this year the numbers speak a different story. In October and November (2019) just 250 pilgrims have made their bookings for Umrah.

Suhail an employee in a Tour and Travel agency in Srinagar said, “Every tour operator is getting just a few bookings. So in order to minimize our losses, tour agencies are collaborating to form a group of 30 pilgrims”.

The reason for the decline in Umrah bookings is economic instability and political instability. Majority of pilgrims came from the business and government sector. Kashmir is facing economic instability due to the prevailing shutdown and has incurred loses up to 10000 crores in the past 3 months in various sectors. Most people are uncertain about their future and people prefer saving their money instead of spending more and more.

“I have been planning to go to Umrah since last 3 years and I made a decision to make a booking for this year but due to severe loss in business from the month of August, I changed my mind and decided not to go for pilgrimage this year,” said a Srinagar based shopkeeper.

Political instability also plays a major role in the decline of Umrah pilgrimage. Tariq, a government employee by profession said, “I cancelled my booking for Umrah due to uncertain situation in Kashmir”.

Due to the internet lockdown in Kashmir for more than 100 days, tour operators are facing many problems, financial losses aren’t the only concern of these Umrah operators, clearing documents and necessary logistical support remains off the grid because authorities are yet to give any statement regarding the restoration of internet services.

“Earlier documents were scanned online and were sent for visa approval but now things are different. We have to send documents via courier to Delhi and after getting approval we have to send our executive to collect the documents which adds to the operational costs,” said one of the tour operators.

It’s surprising to know that each one of these registered operators work under a selective category which comes with certain quota and license privileges by the authorities said one of the tour operator. The decline in the number of Umrah pilgrims can demote the category of these operators which can affect the quota for the next year. With uncertainty still shadowing over Kashmir, business sectors are yet confused about their fate.