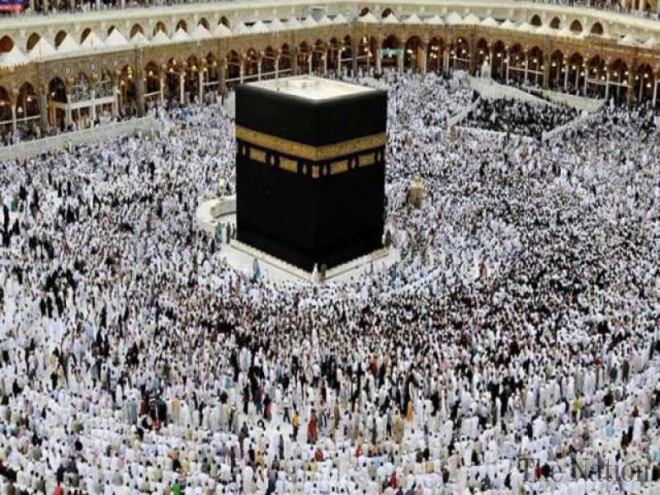 ISLAMABAD - The Sub-Committee of the Senate’s Standing Committee on Religious Affairs and Interfaith Harmony on Wednesday was told that the Government Scheme Haj package for the year 2020 was likely to increase by Rs63,000.

The Committee, which met with its convener Hafiz Abdul Karim in the chair and attended by member Manzoor Ahmed Kakar, directed the Religious Ministry to keep the Haj package to the minimum level and provide maximum facilities to the Pakistani pilgrims.

It also directed the Ministry to persuade Saudi Arabian authorities to minimise taxes, which would help reduce the package.

Secretary Religious Affairs Muhammad Mushtaq Ahmed and Additional Secretary Dawood told the Committee that the tentative Haj package for next year would be Rs 489,575 as against Rs 436,975 for the year 2019.

They said that a Pak-Saudi Arabian Joint Rapid Response Committee had been constituted to promptly resolve the issues being confronted by the Pakistani pilgrims during Haj days in Saudi Arabia.

The officials said that Saudi Arabia would be requested to expand its Road to Makkah project, which was launched at Islamabad airport last year, to Karachi, Peshawar, Lahore and Quetta also.

The Committee directed the Ministry to furnish complete details of actions taken against the HGOs within next two days.

The Committee was told that during the Haj in 2019, 264 complaints of lost pilgrims, 981 lost luggage, 174 regrading food, 244 about accommodation issues in Makkah and Madina, and 18 Mashaa’ir issues were received and all of them were addressed in due time.

The issues related to food and accommodation were continuously being taken up with the Saudi Arabian authorities and would be improved in the Haj 2020.

Some companies had been blacklisted and refunds were made to the pilgrims in cases where accommodation was given at relatively less costly places, the Committee was informed.

About 101 pilgrims, who were charged for maximum rent but were given accommodation at other places, had been compensated.

An amount of Rs 5.53 billion, on average RS 37,227 per pilgrim, had been refunded, the Ministry officials said. The current situation of Haj Welfare fund was also discussed.