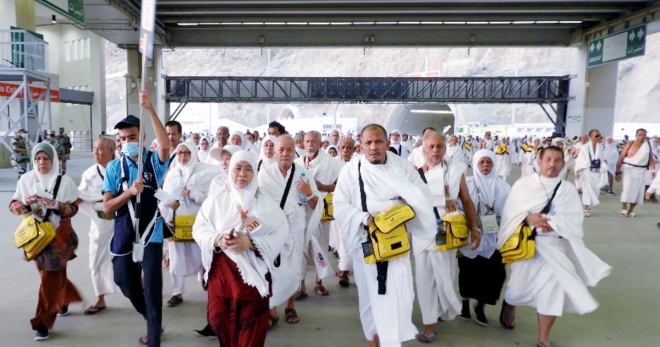 IT may be said at the outset that in discussing haj related issues, one runs the risk of touching on public sensitivities as haj is part of the devotional aspects (‘ibadat) of Islam and not as open to rational enquiry in the same way as are matters of concern to civil transactions (mu‘amalat).

That said, raising questions over haj management matters tangential to the substance of worship should not be a problem. Islam does not even preclude religious matters from rational investigation in the spirit of healthy renewal and reform (tajdid).

Earlier precedent confirms this when, for instance, caliph Umar al-Khattab introduced the second call to prayer (adhan) on Fridays when the crowds attending congregational prayers in Madinah grew larger.

Also his successor, caliph Uthman Ibn Affan, edited the text of the Quran at a time when variations in its reading had cropped up due to differential Arabic dialects.

He verified the standard text with the help of leading Companions and then ordered the existing copies of the Quran to be destroyed.

In earlier centuries, the number of haj pilgrims was small and they travelled with slower traditional means of transport.

These numbers have risen beyond comparison, exceeding two million annually.

This also brings unprecedented challenges that call for fresh thinking and interpretation (ijtihad), some of which may not even require juridical ijtihad but only administrative and policy initiatives to make haj crowds more manageable.

One issue is the number of hajs that a person performs.

Haj is a once-in-a-lifetime religious duty of Muslims “who can afford the journey” (Q. 3:97).

But some affluent Muslims go to haj many times. Only the first instance fulfils the duty and the rest will count as supererogatory (nawafil).

These individuals should restrain themselves, and better still, spend the money on charity that may relieve the sick and the invalid of their hardships.

They will earn rewards for giving the opportunity to others, as well as for their charitable donations.

The haj authorities in Muslim countries are accordingly advised to take policy measures to discourage people from doing more than one haj.

This will help reduce numbers to some extent.

Another concern is the length of time that pilgrims take to perform the haj. Most pilgrims complete the haj in six weeks, while others can do so in 10 days.

There may be different issues of expenses and individual choices, but it should in principle be possible for the haj authorities in Muslim countries to make reasonable policy decisions.

The length of stay may be limited, for some categories of individuals and groups, to two or three weeks.

This will also help reduce numbers and enable better management of haj affairs.

Furthermore, statistics show that the number of applicants wishing to go to haj, from almost every Muslim country, is much larger than their allocated quotas.

When political leaders from different countries meet Saudi leaders, they often request an increase of their haj quotas. Saudi leaders are thus placed in an awkward position to respond.

Barring justified exceptions, requests of this kind should also be minimised and collective policy measures taken to observe the existing quotas.

This will also help keep the numbers under control.

What is the haj period and is there scope for fresh interpretation?

The Quran refers to the haj period as “months well-known” (ashhurun ma’lumat), within which the haj must be completed (2:197).

The text doesn’t specify the precise meaning of the “months well known,” but they were based on ijtihad.

The first and typical response, which is commonly adopted, is that the phrase refers to two complete months (of Syawal and Zulq iddah) and 10 days of Zulhijjah.

The second response given is that the haj period includes all the three months, that is, inclusive of the whole of Zulhijjah and this is the view of Imam Malik, and according to alternative reports, also of the Companions, Abd Allah b. Amr b. al-Aas, Abd Allah b. Abbas, Abd Allah b. Masud, and many others.

This second response is preferable and sound, for the Quran refers to the haj months as “ashhurun ma‘lumat,” which correctly subsume three months, and not as it were, “sharayn ma-‘lumayn,” which would mean two months.

So anyone who reaches Mecca in a state of Ihram (lit. abstinence from certain activities) and performs the wuquf in Arafah, tawaf of the Kaa’bah, and sa’ie between Safa and Marwah — known to be the haj essentials — any time during these three months, his haj is valid.

This was also the practice as was known during the Prophet’s lifetime.

The theory of ijtihad is explicit on the point that when different rulings of ijtihad exist over the same issue, the one that addresses present reality should be preferred.

The second of the two views is evidently more suitable to address current reality, and should be adopted. This would further ease the congestion caused by the shorter haj period.