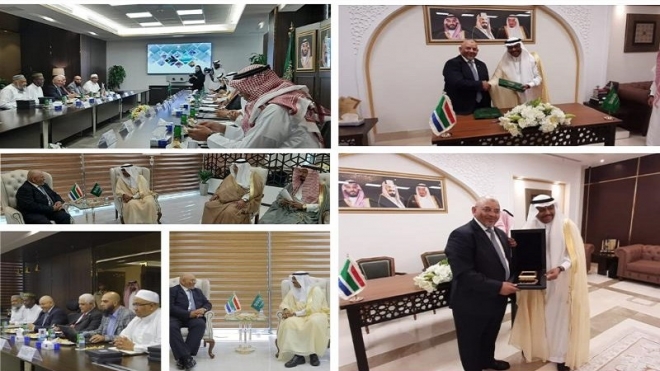 The South African Muslim community has something to smile about during the festive season, after news that the country has been granted a quota of 3500 for next year’s hajj. The South African Hajj and Umrah Council (SAHUC) made the announcement on Monday, during its protocol discussions in the Saudi Kingdom this week. This is the second year that South Africa has been earmarked an additional quota, after it received a quota of 2500 for five consecutive years. Sahuc had sent a letter to the ministry requesting a quota of 6000, which is under consideration.

“The Saudi ministry has not shut us down just yet. If there is an opportunity, they will make it happen. But for now, the quota stands at 3500,” said Sahuc president Shaheen Essop, speaking from the KSA.

Sahuc will release its first accreditation list in early January, following the external verification process. Essop stressed that Sahuc’s dynamic hajj list should serve as an indicator for hujjaj of when they could be accredited. With a waiting list of more than 30 000 hujjaj, he urged pilgrims to check where they are placed and to ready themselves for hajj. Hujjaj are allowed to defer their hajj three times until the pilgrim indicates their readiness.

“Hujajj who are sitting in the queue between number 1 and 3500 should have an idea that it’s likely they could perform hajj next year. If they are not by the means, whether it financially, physically or due to work, don’t wait for the accreditation list. Get in touch with Sahuc now so we can remove your name from the list so that you can be transferred. In that way, we can move speedily to the next hujjaj in the queue,” he explained.

During a meeting with the Ministry of Hajj, Sahuc was informed that all its operations during Hajj 1440 had met the operational standards.

The issue around space constraints during the five days of hajj was also tabled during their meetings with the ministry and the Muassassa. Essop said the authorities have apologised and promised that this will be improved upon next year.

However, Essop cautioned hujjaj to exercise patience during the hajj as pilgrims would be tested on all fronts.

“The most important factor is that Sahuc’s role is to ensure the comfort and ease of the manasikh of hajj. Hujjaj must understand that patience is needed and these things will go wrong…that is beyond one’s control. The best is to address things in an amicable way.”