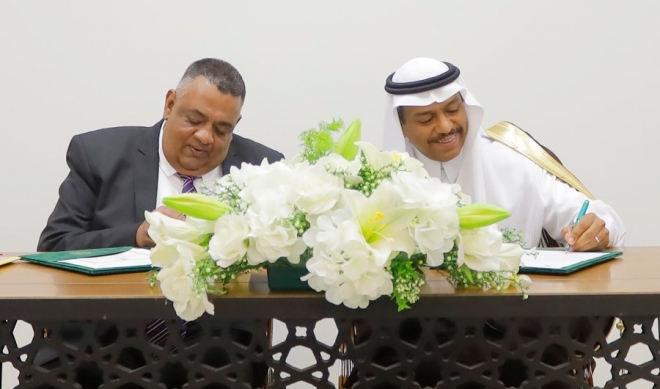 Sri Lanka’s Hajj pilgrim quota for next year has increased to 3,500 after an agreement was signed with Saudi Arabia on Monday.

Azmi told Arab News that the ministry had also agreed to consider a supplementary quota for 2,000 pilgrims as a special request from the Sri Lankan delegation.

He said that the agreement for the two countries was to make early preparations for the upcoming Hajj season. The two sides also discussed matters related to reducing the total cost of the pilgrimage from Sri Lanka.

Thassim said an increased quota would be welcomed by Muslims in Sri Lanka. There was increased demand due to the new facilities and services from the government, he said and added that nearly 8,000 applicants were on a waiting list for the next Hajj.
Sri Lankan pilgrims last year obtained their entry visas through a Saudi Hajj Ministry’s online portal, which facilitated the travels of 4,000 pilgrims from Colombo to the holy cities of Makkah and Madinah.

The ambassador said it was also agreed that pilgrims would only fly between the two countries on their national carriers.

“We have been tasked by Premier (Mahinda) Rajapaksa to convey our grateful thanks to King Salman and Crown Prince Mohammed Bin Salman for their services toward Islam and also for the continuous assistance offered to the island from time to time in various forms,” Mashoor Mowlana, who was part of the five-member team in Jeddah, told Arab News.

He said Saudi Arabia was one of the first countries to send greetings and good wishes for the government recently formed by President Gotabaya Rajapaksa, who came to power after a landslide victory in November polls.

Mowlana also pledged that the new government would do its best to reduce the rising cost of the Hajj, which was $3,840 last year. “We want to bring it to an affordable range for the common man, which is the ardent wish of Premier Rajapaksa.”