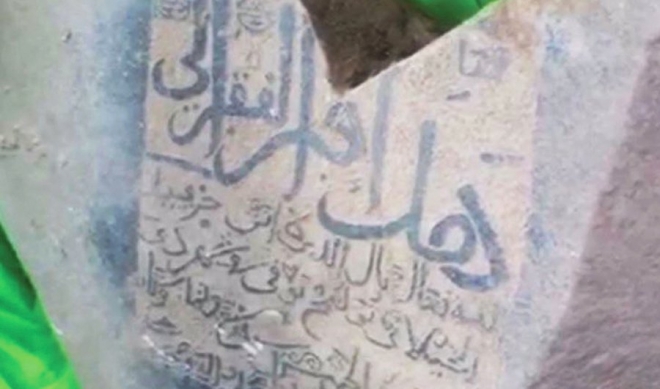 The Holy Makkah Municipality announced the discovery of four historical tombs, one of which that dates back to the second century of Islam and the rest dating back to more than 700 years. The tombs were discovered during the excavation and processing of a new smart parking project located at the northeast of the historic Al-Maala cemetery.

One of these graves is historically attributed to a person named Jamaluddine Al-Jilani who died in 1288.

The municipality explained that while the contractor was conducting the excavation works for the new project, the tombs were found.

A source at the Saudi Commission for Tourism and National Heritage (SCTH) told Arab News that four historical graves were found near Al-Ashraf Awqaf, northeast of the historical cemetery, one of which dates back to the second century of the Islamic calendar. He stressed that the SCTH would receive the tombs officially next Sunday.

He also pointed out that 50 historical graves had been discovered 10 years ago during the expansion of the cemetery.

Dr. Fawaz Al-Dahas, director of the Makkah History Center, told Arab News that the discovery of such historical tombs was a natural occurrence so close to the old cemetery.

According to Al-Dahas, there were a number of tombstones from similar finds in Al-Zaher Museum, which is supervised by the SCTH.

Al-Dahas explained the naming behind the cemetery was due to its location in Makkah.

It is the place where the Prophet Muhammad’s (peace be upon him) wife, grandfather, and other ancestors are buried.

Historically, when a deceased person was buried, a sign would be placed on the grave to leave a mark, most probably an uneven, engraved rectangular stone.