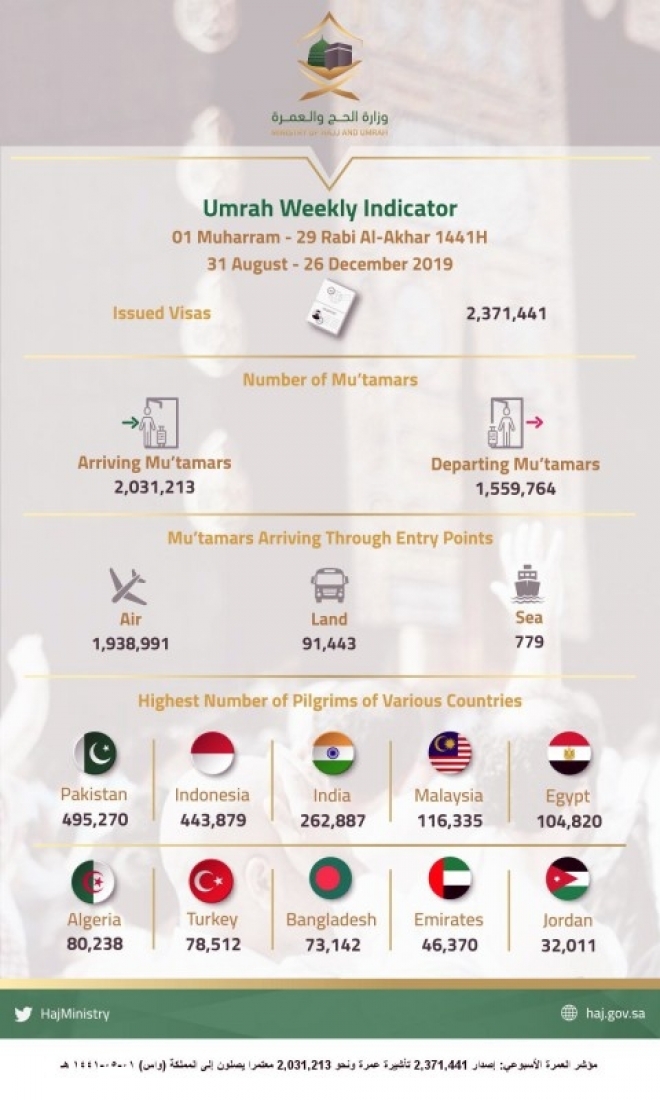 The Ministry of Haj and Umrah has issued a total of 2.37 million Umrah visas in four months since the season started, a weekly statistical report said.

A total of 1,938,991 pilgrims have arrived in the Kingdom of whom 1,559,764 have left after completing their Umrah rituals and praying at the Prophet’s Mosque in Madinah.

Malaysia with 116,335 pilgrims came in the fourth place in the number of the guests of Allah while Egypt occupied the fifth place with 104,820 pilgrims.

The Ministry of Haj and Umrah launched its Inaya (care) centers to provide comprehensive and diverse services to pilgrims.

These centers contribute to the objectives of the Kingdom’s Vision 2030 and improve the pilgrims’ experience.

The centers are available in the areas where pilgrims congregate in Makkah, Madinah and Jeddah.

Pilgrims, those organizing their affairs, or Haj and Umrah services companies will be able to finalize their procedures in the centers through self-service systems or by directly contacting the centers’ qualified Saudi employees.