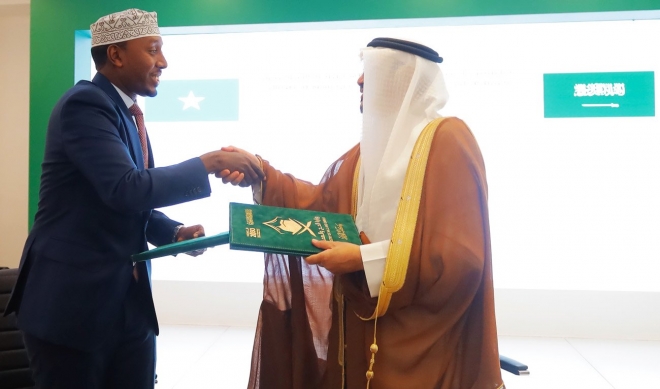 Later on, Deputy Minister of Hajj and Umrah Abdulfattah bin Sulaiman Mashat received at his office in Makkah Secretary-General of the Syrian National Coalition and Head of the Syrian Pilgrims’ Affairs Abdul Basit Abdul Latif.

Both meetings looked into a number of topics related to Somali and Syrian pilgrims’ affairs, before an official meeting was held to discuss arrangements and preparations to serve pilgrims in the 2020 season.

An agreement to arrange affairs for the 2020 Hajj season was signed with both countries, aiming to organize the arrival of pilgrims from Somalia and Syria and provide all their needs through the many service authorities.

Both the Somali and Syrian delegations expressed their gratitude to the Saudi government for the services and facilitations it offers to pilgrims.