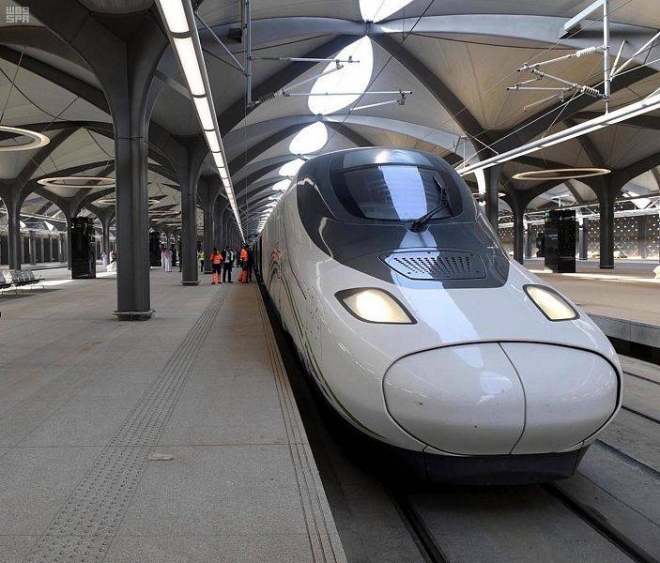 JEDDAH – The Haramain High Speed Railway announced on Wednesday that the speed of trains for round trips between Rabigh and Madinah will be at a speed of 300 km per hour, starting from Jan. 1 (Wednesday). The speed increase comes as part of the railway’s operational plans after completing experimental and safety operations.

Meanwhile, the Haramain Train will start operating 16 services per day during the mid-academic year vacation, starting from Jan. 3 and ending on Jan. 19. The new non-stop services will start from 8 a.m. and will continue until 11 p.m. throughout the week.

on Dec. 18 its services between Makkah and Madinah after a gap of over two and a half months. The train had started operation from the railway station of the new terminal of KAIA Jeddah Dec. 11 afterthe main station in Sulaymaniyah district in Jeddah rendered inoperative following a massive fire. The Sulaymaniyah station engulfed in the fire that occurred on Sept. 29, forcing temporary suspension of service on the Makkah-Jeddah-Madinah route.

It is worth mentioning that Haramain High Speed Railway is the largest and the fastest railway system in the Middle East region and all railway stations provide diverse facilities including business class lounges, centers of public transportation, parking, and mosques.