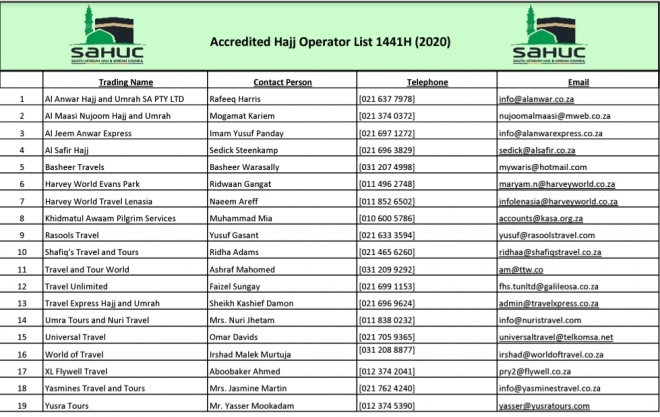 The South African Hajj Umrah Council (SAHUC) has released the list of accredited hajj operators that will offer services to accredited hujjaj ahead of the Hajj season.

A total of nineteen operators have been accredited, but excludes New Heights Travel, owned and operated by Fazila Malek.

Malek was barred as a hajj operator by Sahuc on Wednesday.

The Hajj body says the decision follows a disciplinary inquiry held against Malek.

Malek who is a well-known Hajj operator and has been taking Muslims for Hajj for decades has come under severe pressure following widespread claims that she alleged she owes at least two and a half million Rand in loans and fees to Muslims who have booked with her travel agency.