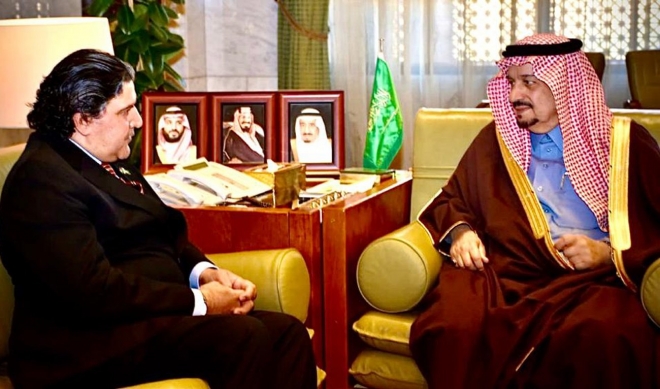 Ejaz told Riyadh Gov. Prince Faisal bin Bandar that Pakistan was happy with the success of the program and hoped it could be extended to other areas of the country.

He conveyed Pakistan’s gratitude to the Kingdom for hosting more than half-a-million Pakistanis in the Riyadh region.

Ejaz said that long-standing relations between Pakistan and Saudi Arabia “have stood the test of time and are getting stronger with every passing day.”

The Makkah Route initiative was finalized during Crown Prince Mohammed bin Salman’s maiden visit to Pakistan in February 2019. Under the program, pilgrims are cleared for immigration and customs before departure.

Following a pilot project in Islamabad last year, plans were made to extend the facility to other airports in major Pakistani cities.

Prince Faisal said that Saudi Arabia appreciated the contributions of Pakistanis to the Kingdom’s economic development, and acknowledged the significance of Pakistan’s religious and cultural attachment with the Kingdom.

“We have around 3 million expat Pakistanis in the Kingdom,” he said. “Pakistan’s prime minister has visited Saudi Arabia four times in less than a year and the Saudi crown prince also paid a visit to Pakistan last year which shows the strength of our cordial relations.”