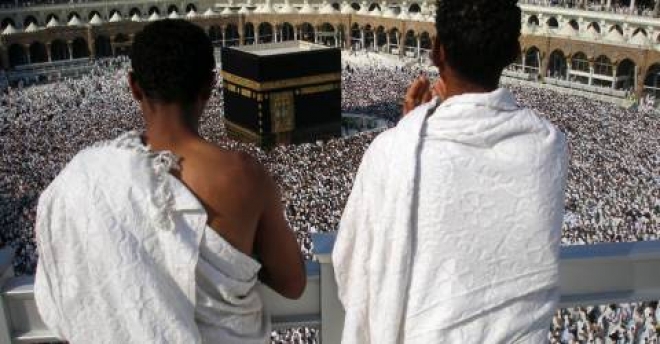 Companies holding the Tabung Haji’s (TH) Haj Pilgrimage Operator (PJH) licence will ensure that the cost of performing the haj for the pilgrims will remain reasonable despite the anticipated rise in the overall cost of haj management.

Harun KC Ammu, managing director of Rayhar Travels Sdn Bhd, a PJH licence holder since 1991, said the lowest cost of performing the haj offered by his company last year was between RM25,000 and RM26,000 each.

“The cost is very reasonable ... considering the cost for the pilgrims to remain in the Holy Land for 42 days. The (profit) margin for the company is also reasonable in comparison to the actual cost. When we first started in 1991, the cost was just about RM6,000 each.

“The increase is due to the increase in the cost of accommodation, meals, transportation, taxes and the latest being the insurance coverage for the pilgrims. In this context, the additional cost is inevitable, but the cost of performing the haj offered by PJH licence holders, as well as their profit, will remain reasonable,” he told Bernama when contacted here.

PJH licence holders consist of travel agencies authorised by TH to manage the pilgrims who choose to perform the pilgrimage using the services provided by the agencies and the pilgrims are not receiving any pilgrimage assistance from TH. This practice has reportedly saved RM80 million in costs for TH during the 2018 haj season.

On Aug 10 last year,TH’s PJH operations director Mat Admara Alang Azizdin was reported by Bernama as saying that there were 22 companies with valid PJH licence and 6,140 pilgrims had chosen to perform the haj pilgrimage using packages offered by those companies last year.

He stressed that TH only imposed a service fee of RM500 per pilgrim brought by the travel agencies for access to various services provided by TH in the Holy Land, and that the TH does not take any profit from it.

Meanwhile, Harun said companies holding the PJH licence are required to comply with regulations set by TH in ensuring the wellbeing of the pilgrims, especially in terms of accommodation, meals and movement.

“TH, as the regulatory body, sets the rules and monitors carefully to ensure that no pilgrims will be mistreated or become victims of irresponsible quarters,” he said, adding that his company has managed over 30,000 haj pilgrims so far.

On the pilgrims’ part, Harun said they should understand that haj is the fifth Pillar of Islam, obligatory for those who could afford it, and to perform it requires sacrifice.

Hence, he said matters like TH haj assistance should not be an issue as saving money for the pilgrimage is the responsibility of the pilgrims themselves.

“There are pilgrims who refuse assistance and prefer to pay for their pilgrimage using their own hard-earned money, some also reject assistance from their own children. In matters relating to financial istitha’ah (capability), we have to accept it with an open heart,” he said.

Meantime, Zahafiz Group Sdn Bhd executive chairman Datuk Seri Zainal Abidin Yusof admitted that his company was quite affected by the annual increase in the cost of performing haj and umrah, but would try their level best to ensure that the price offered to the pilgrims will not be too burdening.

“If we increase the price, they would not go with us, but if we retain the old price, the cost keeps rising. So, we have no choice but to reduce our profit margin. We used to get a profit of around RM1,000 for each pilgrim, but now, it’s only RM500,” he said, adding that the company obtained the PJH licence in 2005.

When asked about the cost of performing the haj offered by TH which is capped at RM9,980, Zainal Abidin said it was indeed low compared to the actual cost of RM22,900, which saw TH providing assistance of RM12,920 for each pilgrim.

“The flight ticket alone would cost over RM7,000 for each pilgrim, not including the costs for their meals, accommodation, and courses. It proves that the haj assistance provided by TH is huge. Therefore, I think it is about time the cost (of RM9,980) be increased to a more relevant amount,” he said.

Andalusia Travel and Tours executive chairman, Datuk Md Daud Che Ngah, on the other hand, explained that the rise in the costs can be expected because, starting Jan 1 this year, all pilgrims are compelled to have several insurance coverage both in Malaysia and in Saudi Arabia.

Andalusia Travel and Tours has obtained the PJH licence since 2006.