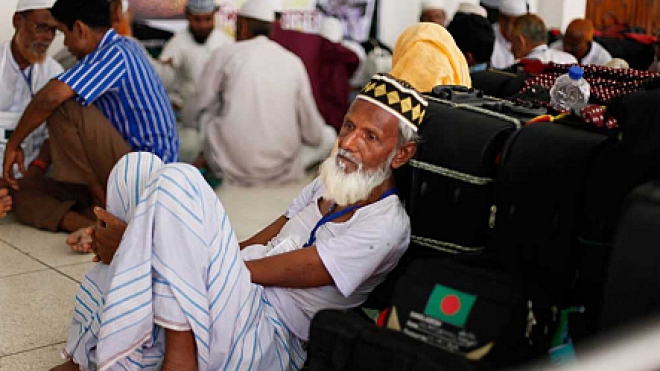 The Ministry of Religious Affairs has increased ticket prices for this year's Hajj pilgrims by Tk12,000.

The decision was taken following a meeting with members of Hajj Agencies of Bangladesh (HAAB) at the ministry in Dhaka on Sunday.

According to the decision, air ticket prices for Hajj pilgrims has been raised to

Civil Aviation and Tourism Secretary Md Mohibul Haque said the ticket prices have been raised considering the current situation and after consulting all stakeholders.

Talking to Dhaka Tribune, HAAB President Shahadat Hossain Taslim said: "The cost of Hajj packages, including airfare, have been raised over the last few years. This has put much pressure on Hajj pilgrims. Many are now not being able to perform Hajj due to high costs. Now, the government has raised the prices of air tickets further, making Hajj packages even costlier."

The meeting also decided that a list of approximated costs, including house rest for Hajj pilgrims, will be published within a day or two. Like previous years, three different Hajj packages will be announced, within this week.