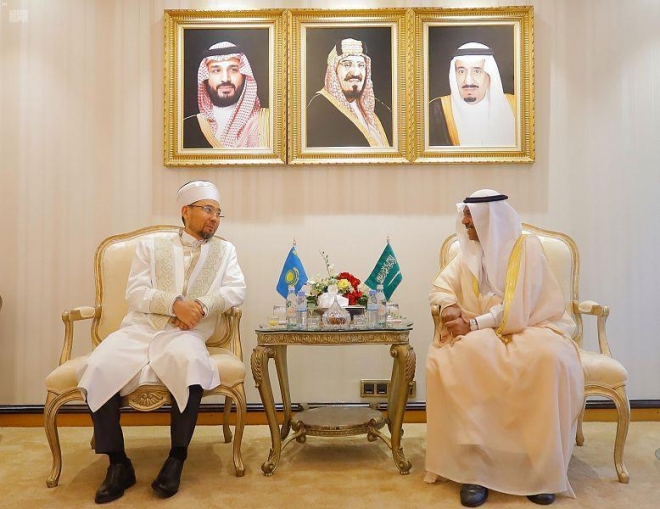 Deputy Minister of Hajj and Umrah Dr. Abdulfattah bin Sulaiman Mashat received here today Supreme Mufti of Kazakhstan Serikbai Haji Oraz and his accompanying delegation, within the context of early preparations for the Hajj season this year 1441AH to discuss and coordinate the arrangements and services to be provided for pilgrims.

During the meeting, a number of issues of common interest in the field of Hajj were discussed, including facilities provided to pilgrims to perform their rituals easily.

Then, Deputy Minister of Hajj and Umrah, and the Supreme Mufti signed an agreement for arranging Hajj affairs for the Hajj season 1441 AH. The agreement aims to organize the arrival of pilgrims coming from the Kazakhstan and all their requirements through service agencies participating in the pilgrim services system during their stay in Holy Sites to perform Hajj rituals.

For his part, the Supreme Mufti said that the meeting was successful today in the presence of officials of the Ministry of Hajj and Umrah. He also thanked the Ministry's officials for their efforts to serve pilgrims.