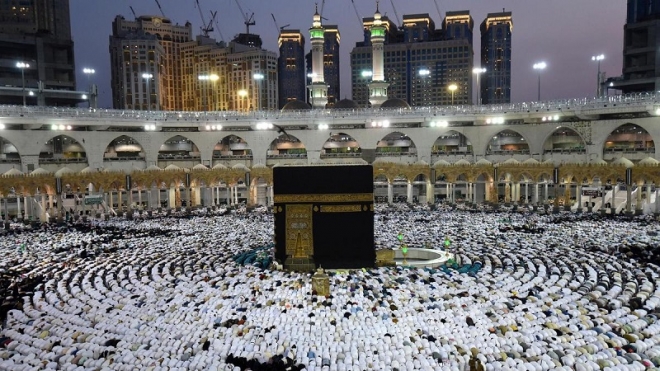 Disgruntled clients of Fazila Malek came together to offer her a lifeline in the form of a business rescue plan, however, the embattled travel operator has dismissed the offer. This is according to Johannesburg businessman Muhammad Mayet, who has taken up the cudgels on behalf of several pilgrims who did not travel to the Saudi Kingdom for umrah, despite paying their package in full. The group of 30 pilgrims from Cape Town and Johannesburg are demanding refunds from Malek, who operated under New Heights Travel.

Malek’s good reputation in the hajj and umrah industry has been tarnished following widespread claims that she allegedly owed millions of Rands in refunds and loans to clients who have booked with her travel agency. Albeit this, Malek has persistently denied allegations of defrauding Muslims. To date, no monetary compensation has been offered to discontented clients.

In an update on VOC on Wednesday, Mayet said the plan entailed that Malek would be allowed to work as a travel operator in order to re-accumulate funds to pay back the embezzled monies.

“She came to the meeting, we sat for 2 hours 47 minutes of which I have a recording and it is so unfortunate that all we ever heard from Fazila was absolute lies,” he said.

The crux of the business rescue plan was explained to Malek where she was informed that attorneys would be involved, contracts stipulated to clients, and an accounting firm appointed to deal with any monies. Malek would also be offered a “liveable salary”.

Malek responded to the invitation by saying she already had a prior engagement and could not attend the meeting.

“Clearly, she’s not interested in paying any victims. She is quite happy to keep their money and say to the people ‘do as you wish because you are not going to get your money from me. No matter what you do’,” said Mayet.

VOC News approached Malek to respond on air, but she declined.

Mayet said a list of victims has been compiled and the total value owed to clients now stands at 5 million rands. Legal advice is being sought for the mere fact that Malek persistently avoids confronting victims on a face-to-face basis.

“We have on numerous occasions tried to get hold of Fazila to come to the party and repay people. This was done by many of her victims [but] to no avail,” said an angry Mayet.

Earlier this month, the South African Hajj and Umrah Council (SAHUC) announced that Malek had been banned from acting as a hajj operator, which undoubtedly will be a huge blow for her. This came after a disciplinary enquiry was held against her in light of the current dispute with clients.

Subsequently, the statements made by all the clients will be presented by Mayet to the criminal attorney at 2pm on Wednesday. Following this, the attorney will present the statements to the senior state prosecutor and based on the outcomes, formal charges will be made against Malek.

Meanwhile, there are plans for an upcoming meeting with disgruntled Cape Town clients of New Heights Travels. For more information, Rafiek Saville can be contacted on 084 799 2282.