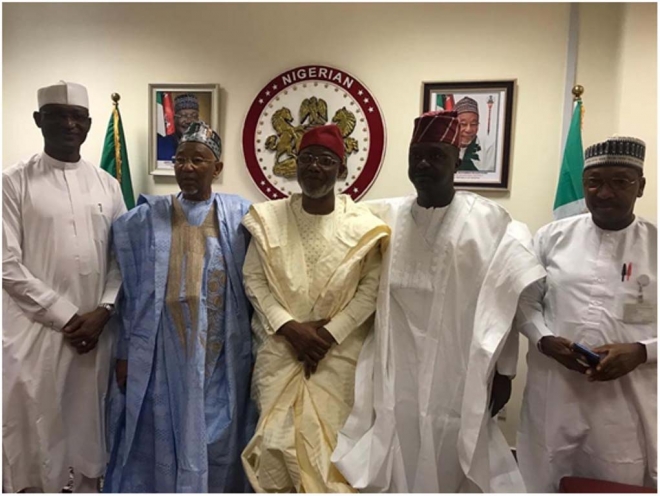 The Senate has confirmed the nomination of Barrister Dhikirullahi Hassan as NAHCON Chairman along with other 18 board members nominated by President Muhammadu Buhari. The appointments which were made last December were confirmed yesterday during senate plenary.

Barrister Dhikrullahi Hassan succeeds Barrister Abdullah Mukhtar Muhammad who had been in the saddle for more than eight years.

Earlier, during the screening exercise by the Senate Committee on Foreign Affairs in Abuja, Wednesday, Barrister Hassan promised to reduce the Hajj fare being paid by Nigerian pilgrims to the holy land,Saudi Arabia.

Hassan also said that the number of days being spent in Saudi Arabia by Nigerian pilgrims during pilgrimage would be reduced, stressing that they used to stay too long in the holy land with regard to the distance between the two countries and the cost implication.

He described the current Hajj fares as “unaffordable” and needed to be reviewed downward, especially in the interest of the masses who wish to perform holy pilgrimage.

Barrister Dhikirullahi Hassan appreciated the level of achievement attained by the outgoing Chairman and promised to build on it. He identified Hajj Savings Scheme, a plan already in an advanced stage, as a scheme that needs to take off soonest in order to stabilise Hajj fares in Nigeria.

He also said, Hajj Training Institute, another project whose foundation the outgoing Chairman has set in steady progress, will professionalise Hajj in Nigeria and beyond, adding that the training institute is a vision he would pursue to fruition.

Barr. Hassan also promised to study the possibility of reducing days spent in Saudi Arabia during Hajj as well as enforcing Hajj guidelines and dictates of the NAHCON Establishment Act.

“One of the key demands that will be looked into is to ensure that Hajj fare are reduced to affordable rates, because as it is today, not many Nigerians can afford it.

“A savings scheme would also be put in place to make the payment of the fare easier for intending pilgrims. This will be the answer to the unaffordable Hajj fare.

“This is achievable since the same thing is happening in Malaysia and Indonesia. Nigeria cannot only do it, but do so immediately.

“I will sustain the achievements of the outgoing chairman, but also look at the areas that require improvement. Present Act in abeyance will be enforced to the letter,” he said.

Senate C’ttee explains delay Presiding over the screening exercise, Chairman Senate Committee on Foreign Affairs, Senator Adamu Muhammad Bulkachuwa, explained that the exercise would have commenced before the break but for certain requirements that need to be fulfilled. However, he assured that the Committee has taken the extra burden of expediting action that would see to the quickest conclusion of the screening activity in order to submit its report in plenary for onward delivery to the presidency.

He described Hajj Affairs as a service to the Almighty and wherever one finds himself, one should serve the Almighty. He enjoined the new board to consider his Committee as their partners, adding they will always be there to assist when necessary, especially with a view to carrying out their oversight functions.

Fielding question from newsmen after the screening, Barr. Abdullahui Mukhtar Muhammad described the incoming Chairman as capable and well experienced in Hajj administration.

He commended President Muhammadu Buhari for his foresight and admonished the incoming board to commence work on 2020 Hajj immediately as Hajj is time bound.

He prayed Allah to assist them in the discharge of their duties.