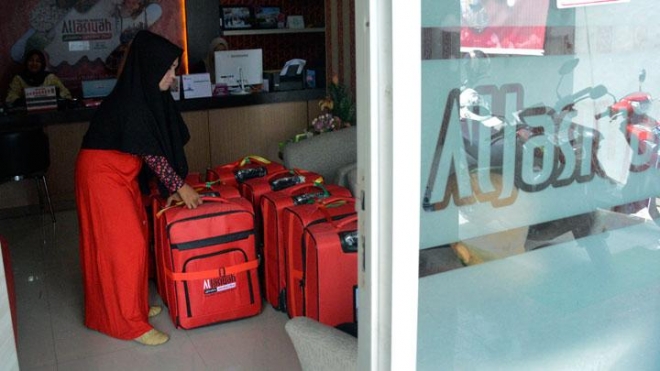 "The number of Indonesian pilgrims who are affected [by the prompt policy] and canceled their trips on February 27, 2020, amounted to 2,393 people," said Fachrul after a meeting at his office on Friday, February 28, 2020.

The meeting discussed the management of umrah pilgrims following Saudi's temporary ban due to the coronavirus fear. Also present in the meeting was Religious Affairs Ministry officials, representatives of several related ministries, associations of umrah travel, airlines, and other respective stakeholders.

Fachrul said that the 2,393 affected pilgrims were registered in 75 umrah travel operators (PPIU) who would board eight airlines. In addition, 1,685 pilgrims were held in a foreign country during transit and were in the process of being repatriated back to Indonesia by the airline according to the contract.

"This situation is a force majeure," said the minister, adding that all parties were addressing the issue in accordance with the applicable rules.

"The Indonesian government highly appreciates actions taken by PPIU, airlines and other related parties that took quick and proper steps to overcome the situation without adding more burdens to the pilgrims," Fachrul Razi said.