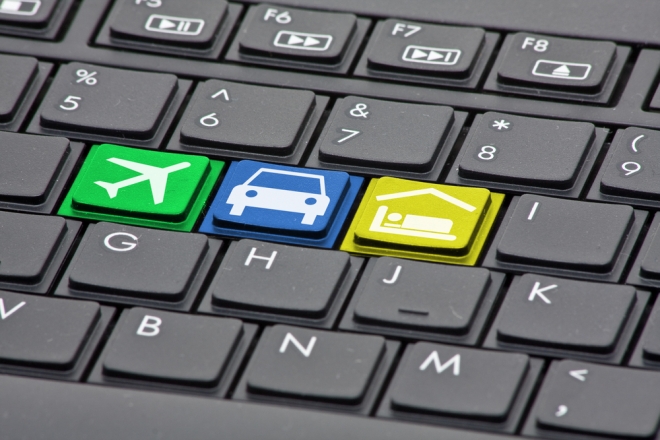 The definition of online travel agent, or OTA, needs to be refined to single out platforms that go beyond selling accommodation and travel packages, as more start-ups targeting the global market compete with their value-added services.

But new entrants should be wary that the services they increasingly provide could work against them, according to Fazal Bahardeen, the founder of pioneering halal travel consultancy CrescentRating.

“OTA has become an old term so now would be the right [time] to come up with a new one to identify the current services. I don’t think anyone refers to Airbnb as an OTA anymore,” Bahardeen told Salaam Gateway.

“The traditional OTA was a bare-bones thing and most of them are not around anymore. People do wonder if OTA is still relevant in the context of these new websites.”

Outside of Indonesia, where a rising trend of halal OTAs focus on the domestic consumer, the number of Muslim-friendly travel sites targeting the global market that offer reviews, destination guides and new ways to access hotel and package deals has continued to grow.

There were at least three major new entrants launching just in the last year. To make their mark, each offers more than bookings alone.

The most recent entrant is HalalTravels.com, a London-based company founded by Vefa Yabanigul and Veysel Gokbel.

Launched in January, the online booking search engine targets families and millennials, primarily in Europe, and its goal is to “disrupt the $220 billion Muslim travel market”.

“The travel market is so saturated and we are trying to differentiate ourselves with our technology, product range and customer service. We believe that the future of travel is twofold: innovation and personalisation,” Gokbel told Salaam Gateway.

His partner, Yabanigul, added that HalalTravels.com's services are not limited to hotel, tours and activities booking as he believes there is an “information gap about halal travel”.

Slightly older Rihaala entered the market last year, backed by Serendipity Tailormade, a decade-old offline agency that is believed to be one of the first to enter the Muslim-friendly leisure travel market.

Rihaala claims to be the world’s first “dynamic” booking platform dedicated to Muslim travel. In this way, it allows customers to handpick the elements of their holiday or umrah package, such as flights and car rental, to hotels and trips curated with Muslim travellers in mind, Nabeel Shariff, Serendipity’s director, told Salaam Gateway.

“Rihaala allows Muslims to be inspired by travellers just like them, with user-generated content integrated throughout the site, blog and social presence.”

Since its launch to the public in October 2019, Rihaala claims to have seen an average increase in site visitors of 214% month-on-month. Already established in the UK and Middle East, the platform will open up to American and Canadian travellers from mid-March.

The third site launched last June, and also has its roots in offline travel sales.

HalalHoliday claims to be a “marketplace” rather than an OTA and its approach centres on gathering and selling packages offered by traditional travel agencies, including Ab Rahman’s own POTO and RAFA Travel and Tour. By contrast, pure-digital rivals usually set their own deals directly with hotels and hospitality groups.

“We are also going to offer private label to smaller travel agents who cannot afford their own technology. So a big travel agent in London might supply to HalalHoliday, and we pass it on to a smaller website. It’s actually B2B2C,” said chief operating officer Jerry Ho.

HalalTravels, Rihaala and HalalHoliday join established sites like HalalTrip, which was acquired by Bahardeen’s CrescentRating, in 2013. The platform positions itself as a “halal Tripadvisor” with a focus on customer reviews, destination guides and Muslim services like local prayer times. It also sells rooms and packages through its partner, Bookings.com.

Another established name, Tripfez, targets a distinctive niche of Muslim travel. The Kuala Lumpur-based start-up, which merged with HolidayMe in November 2018 following the UAE-based company gaining $16 million in a Series C funding round, is both a halal holiday booker and an umrah specialist.

Umrah is perhaps the most crowded segment within halal online travel booking as more umrah agents move their services online. Established web platforms have also been seen venturing into Islamic travel, such as Singapore-based Agoda, which launched a dedicated section for umrah travel in late 2018.

The ambition of Tripfez’s chief executive Faeez Fadhlillah is to become “the leading online travel platform dedicated to all Muslim travellers”.

To differentiate its offering further, Tripfez last year became the first OTA to be recognised as a Shariah-compliant digital company by Malaysia’s digital authority, MDEC.

“This compliance sets Tripfez apart from the competition, providing a clear message to our customers and our investors that we are the leading Muslim travel brand in every respect, from the products and services we offer to the way in which we conduct our business,” said Faeez.

The landscape is much different now to the early days of the online Islamic travel booking, less than a decade ago, when sites offered little more than rooms, reviews and a way to book, Bahardeen believes.

“Halalbooking is probably the most prominent of those websites, which were pretty much focused on one thing. Most of the other ones have gone,” he said.

Though six-year-old HalalBooking just offers accommodation at hotels and resorts, it claims to be the biggest halal OTA after a recent series A round gave it a post-money valuation of $52.5 million.

It says its loyalty club has 115,000 members and its bookings saw 70% growth last year, backing up its claim to be the fastest growing travel company in the UK.

“HalalBooking’s halal filters are unique. We are constantly refining our filters to provide an ever more detailed level of information to customers,” he added, mentioning that a new filter will be added to indicate the types of swimwear permitted in each hotel.

The site also verifies all reviews to ensure they are only published by genuine customers who have stayed at the accommodation.

The challenge the value-added OTAs now face is getting customers to trust them enough to complete their bookings, according to Bahardeen.

New entrants should be wary that the value-added services that they increasingly offer, could work against them, warned the Singapore-based travel consultant.

Resort reviews and destination guides might be good for building visitor numbers, but halal travel platforms are commonly being seen as a resource for Muslims to research their specific requirements before they complete their bookings somewhere they trust more.

“In general, just taking something and adding a halal label on it doesn’t really seem to work. You can add a lot of value to your service but people will often find a hotel on your halal site and book it somewhere else where they feel comfortable booking, like Hotels.com or Expedia,” said Bahardeen.

“A halal OTA needs to assure its credibility right through to the point of sale. That is crucial, otherwise we will be providing information that is useful but the transaction might not take place on the platform.”