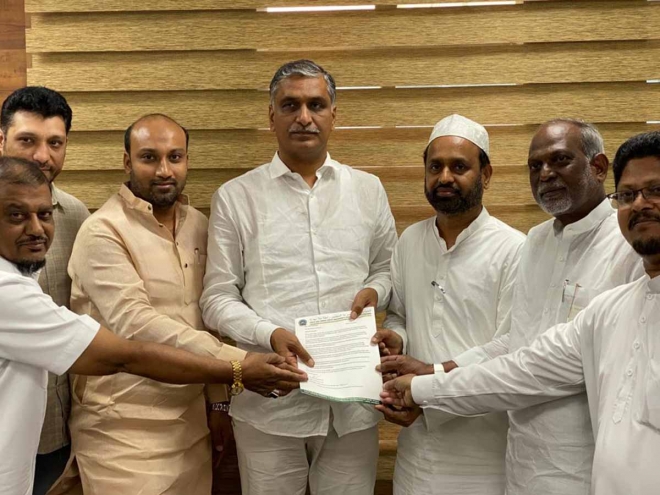 A delegation of tour operators under the Haj Umrah Group Organizer’s Association of Telangana lead by Telangana Haj Committee Chairman Maseeullah met the Telangana State finance minister Harish Rao on Friday and requested him to present the case before the GST council meeting on Saturday where Central Board of Indirect Tax and Customs (CBIC) will be reviewing it.

In a representation presented by President Mohammed Abdul Razzak in the presence of General Secretary Mohammed Siraj Khan and members Mir Adil Ali and Shaikh Mahmood, the association requested a GST exemption for all pilgrims visiting Saudi Arabia for Haj and Umrah. According to Mr. Razzak, “different haj and umrah organizers and associations had approached the Supreme Court of India in this regard, and the court has directed the CBIC to consider the petition within 90 days.

He said “The association has requested exemption under the negative list clause 5(b) which says ‘any service provided by way of conducting religious ceremony’ may be exempted from paying GST.

The final decision on GST exemption for Haj and umrah is likely to be taken during the CBIC meeting on Saturday, March 14 with finance ministers and representatives of different states expected to participate in the meeting.