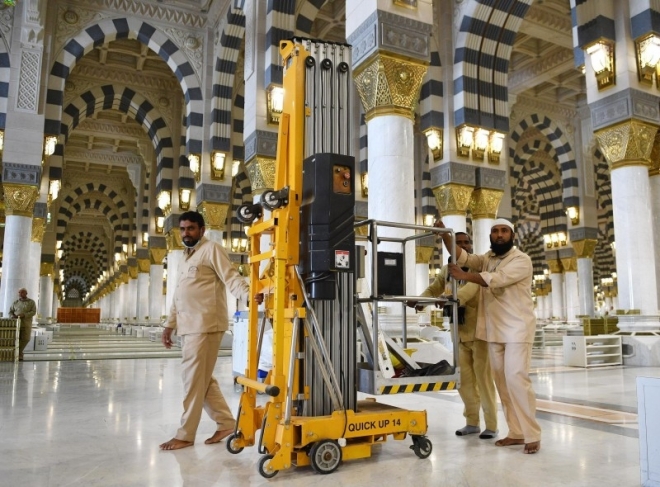 MAKKAH — Except the main gates, all other gates of the Grand Mosque in the holy city will remain closed, Saudi Press Agency reported citing a directive from Sheikh Abdulrahman Al-Sudais, chief of the General Presidency for the Affairs of the Two Holy Mosques.

The move is part of the precautionary and preventive measures being taken by the General Presidency for the Two Holy Mosques to curb the spread of the novel coronavirus (COVID-19) and ensure the safety of the worshipers and visitors to the Grand Mosque.

These anti-coronavirus measures are being taken in cooperation with the health and security authorities at the Grand Mosque.

On Sunday, prayer rugs spread in the Grand Mosque in Makkah and the Prophet’s Mosque in Madinah were removed from the respective premises as a precautionary measure at the directive of Sheikh Al-Sudais.

Meanwhile, the entry and prayer in the piazzas (outer courtyards) of the Two Holy Mosques which was suspended earlier on Friday remains in force.