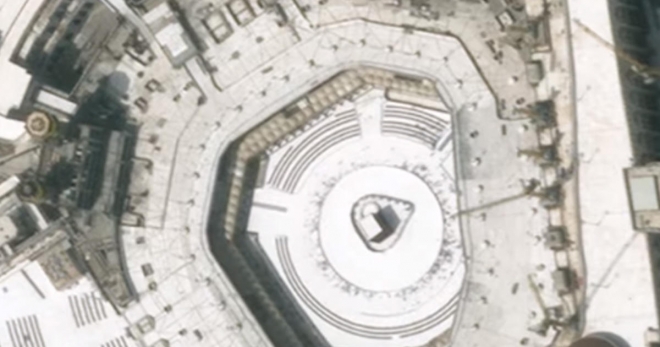 Shielding Makkah from a pandemic that’s overwhelmed countries like Italy and the United States is crucial for Saudi Arabia.

The total number of coronavirus cases reported in Makkah, home to 2 million people, reached 1,050 on Monday

Saudi authorities are racing to contain an outbreak of coronavirus in the Islamic holy city of Makkah, where crowded slums and labor camps have accelerated the spread even with much of the country under a 24-hour curfew.

The total number of coronavirus cases reported in Makkah, home to 2 million people, reached 1,050 on Monday compared to 1,422 in the capital of Riyadh, a city more than three times the size. Makkah’s large number of undocumented immigrants and cramped housing for migrant workers have made it more difficult to slow the infection rate.

In late March, after five Makkah-based employees of Saudi Binladin Group, one of the kingdom’s biggest construction companies tested positive, authorities locked down housing for 8,000 laborers and suspended work on the expansion of the grand mosque, Islam’s holiest site, according to a document seen by Bloomberg. Some workers were placed in hotel quarantine, the document showed. The company did not respond to a request for comment. It was unclear if the camp remained in lockdown.

Shielding Makkah from a pandemic that’s overwhelmed countries like Italy and the United States is crucial for Saudi Arabia. That’s partly because of the city’s significance to the world’s Muslims, but also because the royal family grounds its rule in guardianship of the birthplace of Islam. Millions of Muslim pilgrims visit Makkah each year; King Salman’s official title is “custodian of the two holy mosques.”

The government is conscious that the virus sweeping Makkah would “call into question its responsibility in the protection of those spaces, which is part of the legitimacy of the country itself,” said Yasmine Farouk, a visiting fellow in the Middle East Program at the Carnegie Endowment for International Peace. “This is sensitive.”

Overall, Saudi Arabia has reported one of the lowest rates of infection in the region, with around 5,000 cases in a population of over 30 million. Makkah was one of the first Saudi cities to be placed under a full-day curfew, and authorities took unprecedented precautions, suspending religious tourism in February and closing mosques across the country in March.

The outbreak underlines a nationwide issue of soaring cases among foreign residents. Foreigners make up about a third of the Saudi population but account for 70% to 80% of new cases recently, according to the health ministry -- a rate that’s sparked debate about their role in society.

Some Saudis have attacked foreigners, accusing them of price-gouging, fear-mongering and deliberately spreading infection. Others say that the solution lies in better living conditions for the blue collar foreigners who underpin daily life, driving garbage trucks and cleaning streets. Saudi novelist Mohammed Alwan recently wrote on Twitter that he hopes authorities will create “humane requirements for workers’ housing” after the pandemic.

Health minister Tawfiq Al-Rabiah acknowledged the problem in a televised address on Monday, saying a government committee had been formed to deal with the issue.


⇐ Previous:
How can you visit Makkah during the coronavirus pandemic? Through your computer screen ...
Next: ⇒
Interior Ministry updates curfew movement permit forms in Makkah, Madinah