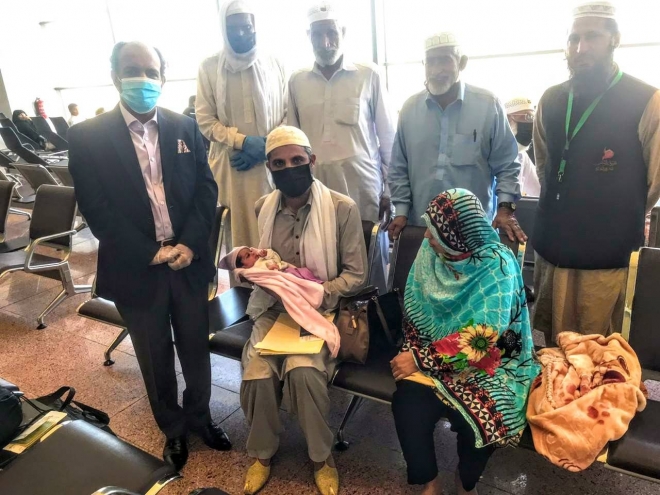 The operation to send back the stranded Pakistani pilgrims was carried out under the supervision of Saudi Arabia’s Ministry of Hajj and Umrah.

Pakistan’s Ambassador to Saudi Arabia Raja Ali Ejaz and Consul General Khalid Majid conveyed the sincere gratitude of their government to Custodian of the Two Holy Mosques King Salman, Crown Prince Muhammad Bin Salman and the Saudi government for the hospitality and special treatment extended to the Pakistani Umrah pilgrims. They lauded the Ministry of Hajj and Umrah for making suitable boarding, lodging and medical arrangements during their additional stay in the Kingdom. They also appreciated the efforts made by General Authority of Civil Aviation (GACA) and Saudia Airlines in facilitating the return of the pilgrims.

Around 474 Pakistani Umrah pilgrims were stranded in Saudi Arabia following the suspension of international flights due to the coronavirus outbreak. However, under special arrangements by the Saudi Ministry of Hajj & Umrah, two special Saudi Airlines flights were arranged to send the pilgrims back to Pakistan.

The second special flight carrying the remaining Pakistani pilgrims Umrah Zaireen will leave from Jeddah for Multan on Thursday (April 16).


⇐ Previous:
Saudi artist draws on Grand Mosque’s closure for painting inspiration
Next: ⇒
How can you visit Makkah during the coronavirus pandemic? Through your computer screen ...