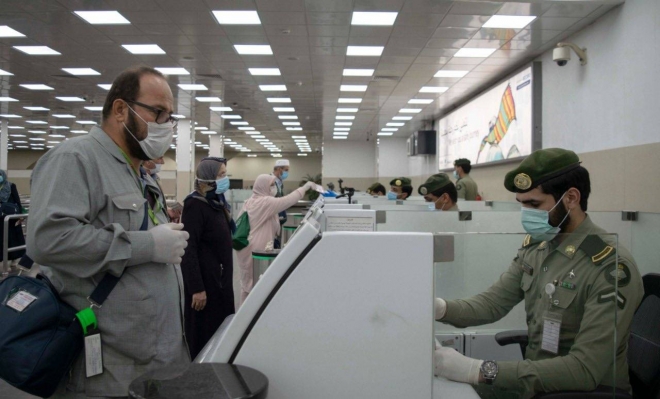 The number of Umrah pilgrims still in the Kingdom is small and of various nationalities. They are registered at the Ministry of Haj and Umrah and are ready to leave the Kingdom, the Deputy Minister of Haj and Umrah Dr. Abdulfattah Bin Sulaiman Mashaat announced on Tuesday.

Dr. Mashaat said: “About 1,000 Umrah, pilgrims out of a total of 1,200, have already left the Kingdom as of Tuesday. Consecutive flights are being operated to send the pilgrims back.

On Tuesday, a flight left for South Africa carrying 12 Umrah pilgrims. Work is going on with the Ministry of Foreign Affairs to get aviation licenses issued for travel to Egypt and Pakistan, he added.

With regard to Yemeni Umrah pilgrims left in the Kingdom, the minister said: “Their number is small, and they are waiting for the land border crossings to open so that they can leave for their country.”