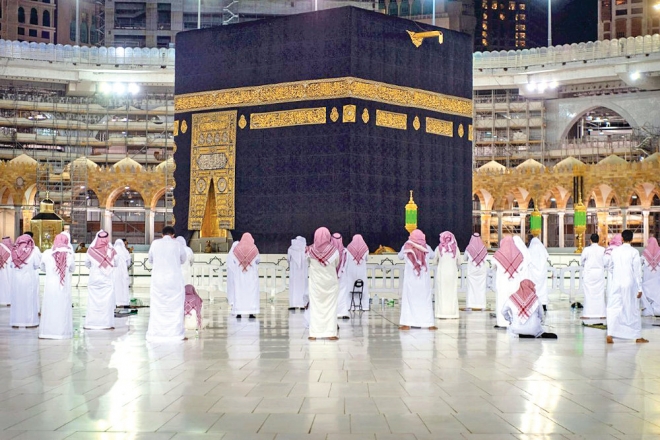 Social distancing measures have been introduced for worshippers during Taraweeh prayers in the Grand Mosque.

The General Presidency for the Affairs of the Two Holy Mosques launched the measures as part of its strategy to combat coronavirus.

The move, which was implemented in coordination with the Ministry of Health, comes after King Salman approved the holding of Taraweeh prayers in the Two Holy Mosques while reducing them to five Taslims.

The Qur’an is to be read during the Tahajjud prayers with the continued suspension of the entry of worshippers.