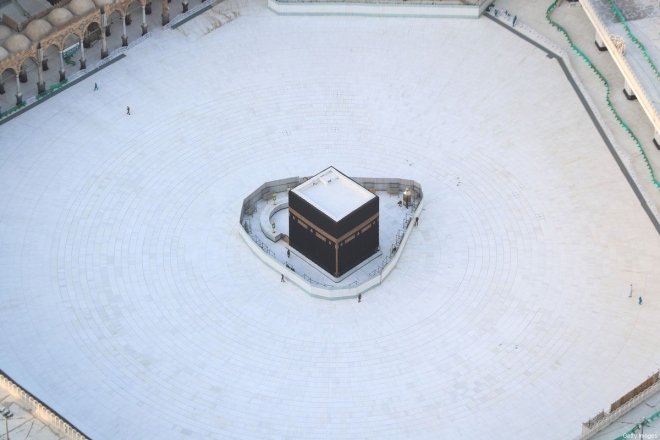 Muslim worshippers will be able to return to the two holy mosques in Makkah and Madinah “in days”, the head of Saudi Arabia’s General Presidency for the Affairs of the Two Holy Mosques, Abdul Rahman Al-Sudais, announced yesterday.

“Days (will come) when the sorrow will be driven away from the Islamic Ummah and we return to the Two Holy Mosques for Tawaf (circumambulation around the Holy Ka’ba), Sa’i (the ritual of hastening between the hills of Safa and Marwa) and praying at Al-Rawdah Al-Sharifa and greet the Prophet Muhammed (peace be upon him),” Al-Sudais said in a video posted on social media.

He noted that normal life would return, stressing that Riyadh was keen on “creating a sound and healthy environment.”

The Saudi official called on Muslims “not to rush for freedom from the restrictions enforced as part of the precautionary measures to stem the spread of coronavirus.”

The country’s Ministry of Hajj and Umrah said recently on Twitter that it would reopen the two mosques. “God willing, under the wise leadership of our government, and in line with our commitment to abide by the procedures and instructions issued by the competent authorities, we will reopen Al-Haram in Makkah and the Prophet’s Mosque in Madinah for the Muslim worshippers from all corners of the globe,” it said.

On 18 March, the kingdom’s Council of Senior Scholars suspended prayers in mosques across the country, as part of a series of measures taken to curb the spread of COVID-19.

According to official data, the disease – which first appeared in China’s Wuhan province in December – has so far killed over 157 and infected more than 21,402 people across Saudi Arabia.