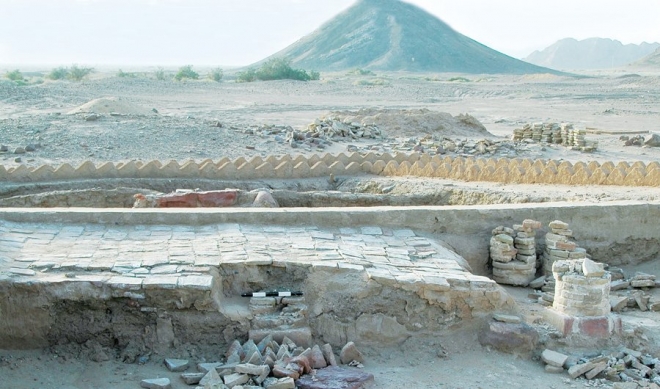 The ancient archeological site of Al-Mabiat, also known as Garah, dates back to the Umayyad and Abbasid periods. It is one of the most important early Islamic sites in north Arabia.

Excavations made in 1984 showed that a large Muslim city once existed on the site. The survey revealed rich components of archaeological and cultural value. Excavations in 1985 revealed the remains of a mosque, a city wall and complete housing units.

Among the finds of the excavations were narrow streets with shops on both sides and houses decorated with wooden doors and windows and fresco-style art, reminiscent of the famous Samarra culture.

In the 4th century, Arab geographer Al-Maqdisi described Garah as the second largest city after Makkah.


⇐ Previous:
A glimpse into the ‘Sacred Chamber’ where Prophet and Aisha used to live
Next: ⇒
'Do not cancel hajj just yet': Sahuc warns hujjaj