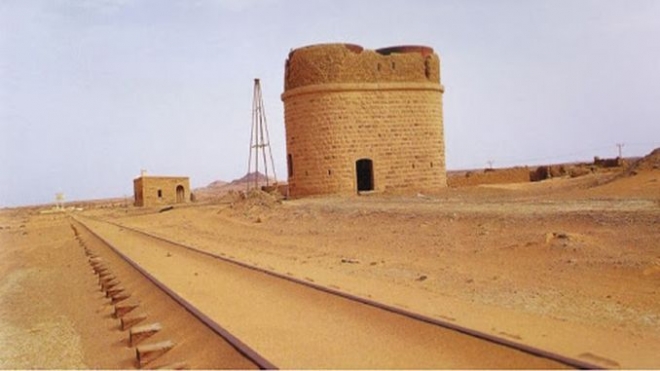 Located 70 km west of Tabuk, the station is 13 km from Harat Ammar station. The village of Zat El-Hajj is located in the north of Tabuk and is 85 km from the border between Saudi Arabia and Jordan. In previous periods, this was a lively village: the pilgrimage groups passed here, were resting and meeting their water needs because they were famous for their water.

With the passing of the Hejaz Railway at the beginning of the last century, its importance has increased. Therefore, it became one of the important stations where Hicaz Railway passes. There were also some wars between Turks and Bedouins around the aforementioned station.

Near the station at the foot of El-Shasa mountain opposite Harat Ammar, there are the remains of the train that was used and fragmented at that time. S

ome historians report that the name of Zat El-Haj was named after the plant called El-Hic, which was grown there and known by Sheikh Hamad El-Caser in his book "North of the Arab Island". Following the unification of the regions in Arabia, customs administration and border security were established in the village of Zat El-Haj. Later, the village was abandoned after the state units moved south to Bier Bin Hermas and from there to Harat Ammar.

The station made of stone building consists of a single floor and its roof is flat. The front of the station consists of a four-arched portico. This section overlooks the railway. The station also has a pair of water tanks and remains of a wind panel.