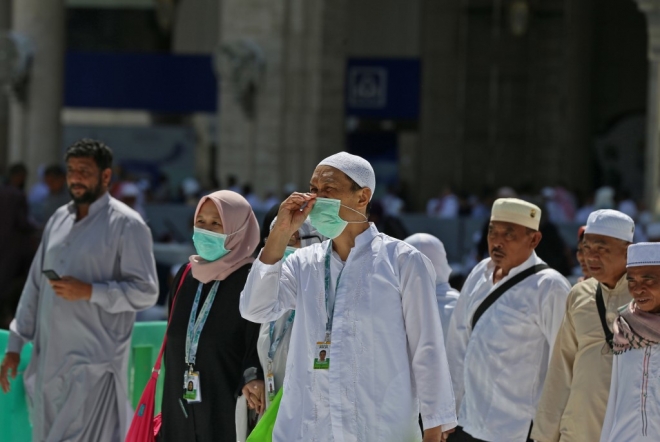 The Indonesian government will not change its decision to cancel this year's haj even if Saudi Arabia reopens Mecca and Medina for the annual pilgrimage, a minister has said.

“It is impossible for the government to prepare the pilgrims right now under proper health protocols," Religious Affairs Minister Fachrul Razi said on Tuesday.

"If we had to rush to prepare, we might instead contribute to spreading COVID-19 further."

Indonesian pilgrims registered for this year's haj pilgrimage were initially scheduled to depart on June 26.

Indonesia has the largest haj pilgrim quota in the world. It planned to send 221,000 Muslims on the annual pilgrimage this year. The Ministry recorded that nearly 180,000 people had paid for the journey, which will be deferred to 2021.

Amid the COVID-19 pandemic, performing the haj would include putting pilgrims under quarantine for 14 days prior to their departure in Indonesia and another 14 days upon arrival in Saudi Arabia, Fachrul said, thus making the pilgrimage impossible to complete on schedule.

“If we insisted on sending off the pilgrims, it would create more harm than good,” he said as quoted by kompas.com, “I wish the decision could be accepted as it is also a bitter decision for us.”

The COVID-19 pandemic has plunged Islam’s biggest annual tradition into doubt as Saudi authorities have yet to announce any decision about whether they will accept haj pilgrims this year.

Saudi Arabia has suspended haj and umrah (minor haj) pilgrimages indefinitely because of the COVID-19 crisis.

Indonesia initially expected Saudi authorities to announce their final decision on the pilgrimage on May 13. However, Saudi Arabia announced on May 28 that the suspension would remain in effect, even as certain COVID-19 restrictions were being eased, Gulf News reported.

Some 2.5 million Muslims from around the world visit Mecca and Medina annually for the haj, considered a duty to be performed at least once for those who can afford the trip. According to Reuters, official data shows that the haj and umrah earn the Saudi kingdom about US$12 billion a year.

Last year, some 19 million pilgrims went on umrah, while the haj pilgrimage drew 2.6 million people from across the globe.

According to data compiled by Johns Hopkins University, Saudi Arabia has seen 105,283 COVID-19 infections overall with 746 cases deaths as of Tuesday. The total number of COVID-19 cases in the Islamic kingdom remains the highest of the Persian Gulf states.

The Middle Eastern country has seen infections spike after it eased certain movement and travel restrictions in late May. On Friday, the kingdom announced a renewed lockdown in the city of Jeddah, the international gateway to the pilgrimage to Mecca.