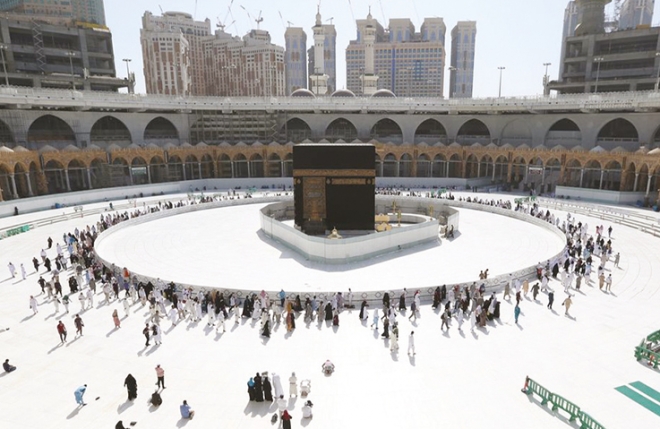 DUE to travel restrictions affecting both haj and umrah pilgrimages, licensed travel agents under Lembaga Tabung Haji (TH) are expected to lose over RM150 million in business for the current year’s season, which ends on Aug 19.

The Malaysian Association of Tour and Travel Agents VP Mohd Akil Mohd Yusof said they are still, however, hopeful for the umrah season to resume in October.

“If things do not look up by then, Malaysians can only perform umrah and haj next year.

“Not only will the travel agents have to incur losses, some of them have already paid the hotels, apartments and housing buildings for the pilgrims,” he told The Malaysian Reserve.

Mohd Akil said the travel agents may have to alter a few things in their packages, as well as payments, in the coming year.

“Costs will differ by next year, for example, the value-added taxes.”

The cancellation of the 1441 Hijrah or 2020 pilgrimage season was recently announced by the government.

Malaysian Muslims who were scheduled to perform their pilgrimage this year will be prioritised for the 1442 Hijrah or 2021 season, and those who have had their appeals approved will have to resubmit their appeals.

Any payments that have been made will be returned in full to their TH accounts soon, and those who receive any of the payments are also eligible for any profit returns for the year.

Pilgrims are also reminded to be careful and avoid dealing with any party offering a “furada” visa, which is a visa distributed directly by the Kingdom of Saudi Arabia Embassy to any travel agents without going through TH’s quota. Those who hold direct visa are not exempted from the cancellation.

According to a statement by TH, the official haj quota for Malaysian pilgrims stands at 31,600 for 2020. The board are in talks with Saudi authorities on increasing the quota every year.

Al Haramain Watch — an international organisation which monitors the holy mosques, Medina and Haj — has objected Saudi Arabia’s decision to cancel the pilgrimage entirely, saying that the kingdom has completely failed in its management of the haj.

The organisation’s director Shujaat Ali Qadri said the government should allow the pilgrimage to proceed for those aged 20 to 45 years old.

“Such a decision has never been seen in the history of the haj, where the Saudi government cancels the haj pilgrimage without consultation.

“The board will soon conduct a webinar to review the Saudi government’s decision of cancellation of the haj pilgrimage,” he said.

The current confirmed number of Covid-19 cases in Saudi Arabia stands at over 141,000, with 1,091 deaths (at press time), which led to authorities tightening the lockdown in the city of Jeddah.

Indonesia and Singapore have also decided to hold back from allowing pilgrims to travel to the country due to the spike in coronavirus cases.


⇐ Previous:
Over 1,500 mosques in Makkah to receive worshipers on Sunday dawn
Next: ⇒
Analysis: Bangladesh should skip this year's Hajj