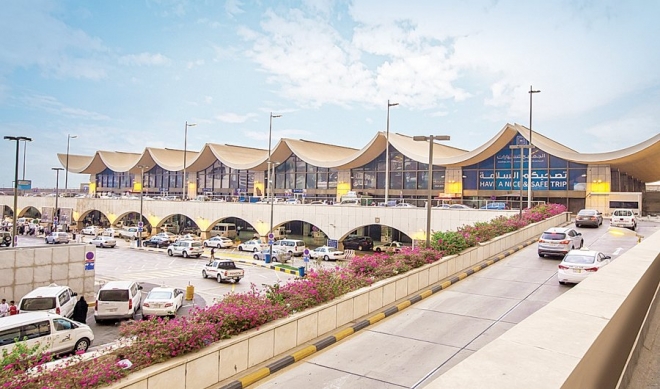 Jeddah’s international airport is bidding a fond farewell to its distinctive south terminal, known for its unique triangular tent-shaped exterior and large glass facade, as flight operations move to a new base.

Inaugurated by King Khalid in April 1981 after transferring all operations from its previous location near Jeddah’s Al-Sulaimania district, King Abdul Aziz International Airport (KAIA) has become one of the main gateways into the Kingdom not only for travelers but for millions of pilgrims.

For many worshippers, the airport’s south terminal has been their first stop on a journey of a lifetime to perform Hajj or Umrah at the Grand Mosque in Makkah or visit the Prophet’s Mosque in Madinah.

Named after the Kingdom’s founder, the terminal is just shy of celebrating its 40th anniversary.

With its iconic high ceilings that resemble the inside of a tent, it has served millions of passengers and is one of the busiest air terminals in the Kingdom. It also serves as the headquarters for Saudi Arabia’s national airline Saudia.

The first direct flight to New York City took off from KAIA in June 1981 and other international destinations were added that year.

It was recently reported that KAIA accounts for 36 percent of the total number of passengers in the Kingdom.

The closure of the south terminal and the moving of all operations to the airport’s newly opened T1 terminal — inaugurated by King Salman last September and capable of handling 30 million passengers a year — is aimed at ensuring the airport remains a key link between the East and West and continues to serve the city’s residents and welcome pilgrims.