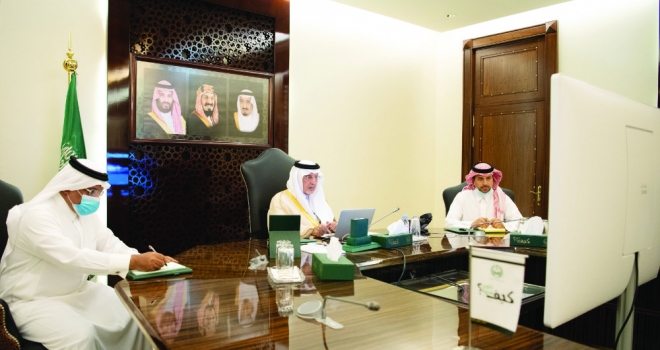 Makkah region’s great potential and natural diversity were key factors toward developing a flourishing tourism sector, its governor has claimed.

Speaking during a video conference call with Saudi Minister of Tourism Ahmed Al-Khatib, Makkah Gov. Prince Khalid Al-Faisal discussed prospects to further open up the region as a visitor destination.

Prince Khalid pointed out how the growth of tourism had helped to boost the economy of Asir region during his time as governor there and noted some of the challenges that had been successfully overcome, including local community opposition to the whole concept of tourism. “During the era of King Faisal, a Saudi-American committee was formed. It visited all of the Kingdom’s regions and was asked to build a national park. This project, which was the first of its kind in the Kingdom, came more than four decades ago and constituted the nucleus of the region’s tourism,” he said.

“Prince Sultan bin Abdul Aziz Al-Saud adopted the recommendation presented by the forum held in Abha more than 20 years ago to establish a supreme commission for tourism and submitted it to the government,” Prince Khalid added.

He then thanked Al-Khatib for ministry projects and initiatives being implemented in the region.

Al-Khatib lauded the prince for his leading role in establishing the Kingdom’s tourism concept, and his constant support for regional tourist-related schemes.
Prince Khalid was also briefed about ministry programs planned for the region’s provinces through the Saudi summer, titled “Breath.”

The event will feature a range of activities in Jeddah, Taif, and King Abdullah Economic City and aims to highlight the Kingdom’s various tourist destinations and historic, natural, and cultural attractions.