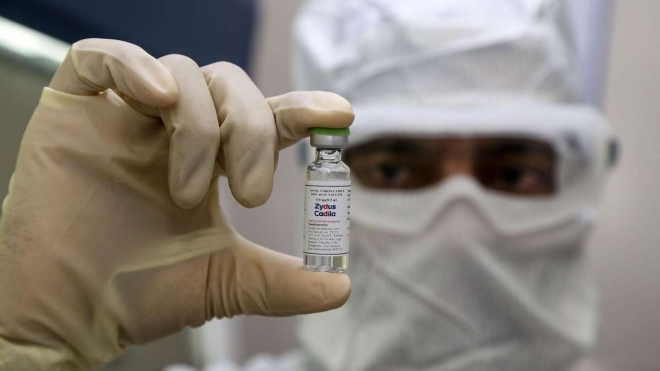 Circling the Kaaba at the end of his Hajj pilgrimage, Hadi Yassine had a hacking cough and other symptoms of a respiratory illness.

Dr Yassine had come to the holy city of Makkah to spiritually recharge, but the physically draining journey and persistent flu-like sickness had already put one member of his party in hospital.

The Lebanese-American virologist completed his seventh revolution around the sacred courtyard in the and climbed the hill back to his hotel.

As he passed through the throngs of the faithful in their white robes - about 2.5 million people perform the Hajj annually, the majority of them coming from outside the country - Dr Yassine was aware that others would leave the pilgrimage spiritually richer but poorer in health.

Research has shown that about a third of pilgrims catch a respiratory illness, including colds and flu.

But what he could not have known then was that the devotional voyage he had taken to Saudi Arabia in 2013 would set in motion a series of crucial discoveries on his return home to Maryland in the United States.

The symptoms he was experiencing were the result of a coronavirus that was relatively unknown at the time. Seven years later, it would provide a vital key in helping to unlock a vaccine to beat a deadly, global pandemic.

In 2020, the world has learned many grim truths about coronaviruses as SARS-Cov-2 has spread across the world leaving a trail of destruction in its wake.

According to John Hopkins University, nearly 12 million cases of the disease it causes - Covid-19 - have been confirmed globally and almost 550,000 people have died. The figures are shocking but do not come close to painting a proper picture of the profound and irrevocable changes that the disease has forced on country after country.

Even the best prepared governments have had to scramble to adapt to the outbreak. But if anyone was ready for what was to come it was experts such as Dr Yassine, now 42, and his then boss at the National Institutes of Health (NIH), Dr Barney Graham.

The irony that now, after more than four decades of work on viruses, people around the world are looking to teams like his to urgently provide a vaccine is not lost on the deputy director of the NIH’s Vaccine Research Centre.

“Six months ago, there were probably only half a dozen people on earth who really would care about what we were doing,” Dr Graham said.

US President Donald Trump visited the NIH to learn about vaccine research in March. Courtesy NIH

His team, in partnership with the commercial biotech company Moderna, was joint-first in the world to launch experimental vaccine trials for Covid-19. Chinese trials also began on the same day in mid-March.

The breakneck speed at which the US team was able to roll out a vaccine candidate – the shot was given to the first volunteer during trials after just 63 days – is owing to groundbreaking work that Dr Graham did in 2013 with Dr Yassine and the common coronavirus that returned with him from Makkah.

Creating vaccines is a complicated business. Dr Graham’s team has made inroads with a consortium of academic laboratories around the US in studying the structures of different viruses and the tell-tale spikes that make the distinctive shape of coronavirus molecules.

Defining those structures and recreating stable spikes is critical in creating certain types of vaccines for diseases like Covid-19.

That changed when Dr Yassine returned from Saudi Arabia. Concerned that he may have contracted MERS, and hoping that the blood cells of a MERS-positive patient might hold a clue to the disease’s structure, the immunologist was tested in the NIH labs. The results showed that he had contracted a number of viruses, among them the common cold coronavirus, HKU1.

The more severe coronaviruses like Sars, Mers and Covid-19 are now well known to the public, but there are also a handful of others, such as HKU1, that are less often referred to because their symptoms are more mild.

“I did some research,” Dr Yassine said, “and I realised that this virus emerged in 2005. So it is a relatively new virus which appeared even after the SARS1 coronavirus.”

The Lebanese virologist had trained in Beirut before travelling to do his PhD in the United States, where he studied the transmission of flu between animals. He had originally joined the NIH to research a possible influenza vaccine and used his experience in those areas to create a stable spike of HKU1.

“We were so focused on Sars and Mers, the real pathogens, that honestly I hadn't really paused to think maybe we should work on one of the other coronaviruses,” Dr Graham explained.

“It was really that event that made me think: 'Let's work on another coronavirus, it may be easier to get some of the basic biology figured out.’ So it was really very lucky.”

The work done by the NIH in 2013 through to 2017 has directly informed the progress that the institutes have made on pandemic preparedness in the run-up to the coronavirus outbreak.

Dr Yassine’s discovery has not only led to the lightning-fast roll out of the Moderna vaccine trials but the science behind roughly half the other vaccine candidates now in the race to stop Covid-19.

Though the two men are now separated by eight time zones, they are both effusive when it comes to talking about the impact their work is likely to have, providing a potential silver bullet to the world’s most pressing crisis.

“I don't like to talk about it that much but I know one time Barney told me I had contributed really significantly to this thing,” Dr Yassine said. “He told me, ‘You might not realise it but your contribution was very significant'.”

Dr Graham said he was pleased that the breakthrough in 2013 had gone on to have many applications, not confined to the Covid-19 vaccine candidates.

At the start of July, it was announced that Moderna would delay its Phase II vaccine testing. The trials have reportedly become the subject of infighting between the US government, the Food and Drug Administration and the biotech company.

Dr Graham acknowledges that multiple vaccines will ultimately be necessary to meet global demand. He is in the process of publishing an interim report on Phase I of the trial and wrapping up the data needed by the FDA to continue testing.

Both immunologists are confident that a viable vaccine for Covid-19 can be found but their optimism is qualified. They believe that the lack of impetus to develop vaccines for Mers and Sars before the onset of the current pandemic has prevented scientists from progressing faster. Such vaccines would have been invaluable to putting an end to the coronavirus crisis, and they hope that the delay serves as a warning in the future.

“If we had developed this concept or these approaches with [Sars and Mers] and done Phase I, III and III clinical trials and had these things implemented, could we have saved time to produce the SARS2 corona vaccine?” Dr Yassine asks rhetorically.

Dr Barney Graham, deputy director of the National Institutes of Health Vaccine Research Centre, (back and centre) with Dr Hadi Yassine (back and centre right) and other researchers and staff.

Dr Graham says that as humans continue to have a dramatic ecological impact on the world around them, such as the destruction of the Amazon rainforest, there will be greater transition transmission of diseases.

It is no coincidence, he said, that over the past decade there have been outbreaks every year or two of new diseases like Mers, Chikungunya, Zika, Ebola and now Covid-19.

“I hope that our world can get to a point where we can exert the political will to work on things that have not yet happened,” Dr Graham said.

“Waiting for things to happen is the wrong time to act. The investment in doing this work is relatively small compared to what we are losing right now.”