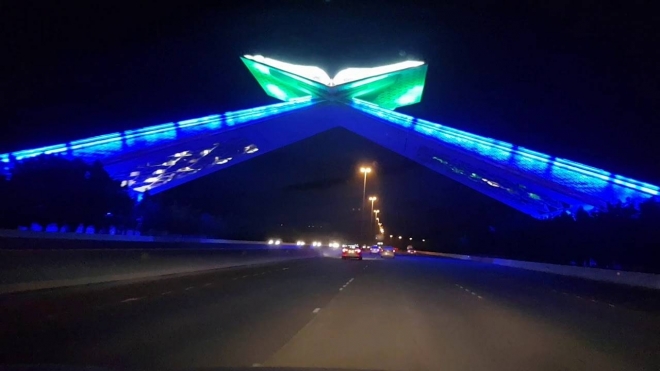 There is no proposal to impose toll on some roads in the Kingdom, a senior Saudi transport official has said.

Reacting to a video clip that recently went viral showing an unidentified person claiming that the Saudi authorities are planning to impose a toll on users of a highway linking Makkah and Jeddah, the ministry official on Sunday denied claims that toll gates will be set up on some roads.

“This talk circulated in the video is untrue,” the official told Saudi news portal Sabq. He explained that works are under way to expand the Makkah-Jeddah expressway to ease the traffic there mainly during peak hours.

The official also denied another online claim of planned tolls on using a suspension bridge in the capital Riyadh.

In recent years, Saudi Arabia has increased investment in expanding its network of roads as part of fast-paced efforts to boost economy.

Last February, Crown Prince Muhammad Bin Salman directed the upgrade of ring roads and building more routes in Riyadh with the aim of turning the city into a transport and logistics hub in the Middle East. A related plan is envisaged to link different parts of the growing city and cut times of journeys.