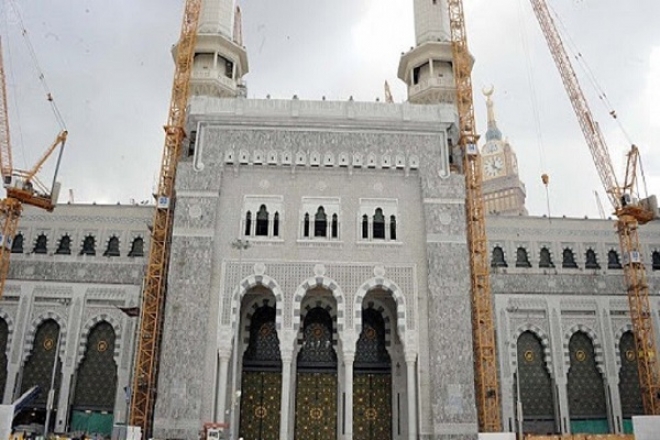 The construction of the biggest gate of Masjid al-Haram continues in Mecca, Saudi Arabia, an official said.

Anas Sairafi said the gate is located in the southern side of the mosque and 50 meters away from this side’s old gate, RT Arabic reported.

He said the latest technologies have been used for designing and building the gate.

It will be 51 meters in length and will have two minarets, one of which will be 137 meters high, the official added.

The Great Mosque of Mecca, commonly known as al-Masjid al-Haram, is a mosque that surrounds the Kaaba in the city of Mecca.

It is a site of pilgrimage for the Hajj, which every Muslim must do at least once in their lives if able, and is also the main phase for the ʿUmrah, the lesser pilgrimage that can be undertaken any time of the year.